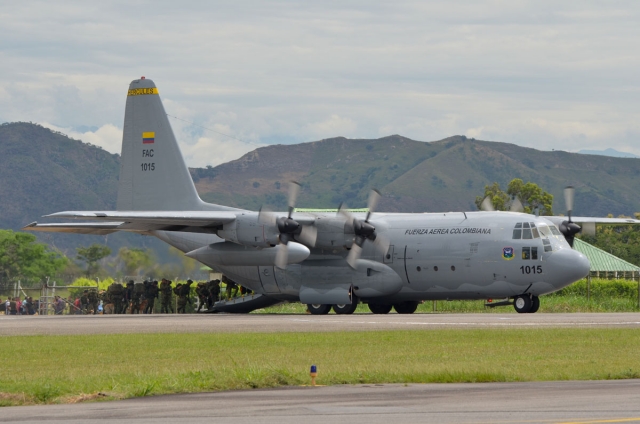 In 2017, Colombia had requested the US for the supply of three C-130Hs from the Excess Defense Articles (EDA) programme. The aircraft, valued at USD 30 million each, were acquired in the condition in which they were at the time of their sale.

The Hercules transporters are operated by the Escuadrón de Transporte (ESCTA) 811 at El Dorado air base. The delivery of the new aircraft will allow the FAC to retire the one and only C-130B Hercules.

According to the Scramble Magazine database the FAC has the following Hercules' as active with ESCTA 811:

Confirmation of the previous identities of the latest C-130Hs is welcome. If you have information, please send this to This email address is being protected from spambots. You need JavaScript enabled to view it.