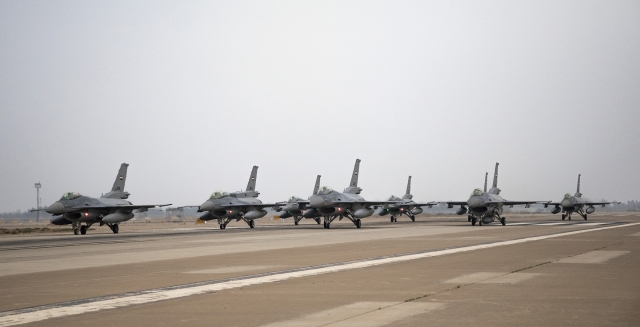 The Iraqi Air Force participated in a fly-over during the 100th anniversary of the Iraqi armed forces on 6 January 2021.

The air force flew 23 of their F-16IQs and numerous other aircraft. The combat readiness of the pilots and F-16s continues to play a role in the mission to defeat ISIS.

The showed readiness of the aircraft is doubtful as many F-16IQs (the Iraqi Air Force ordered once 36 F-16C/D Block 52s, of which two crashed during training in the USA), including several of these 23, are not combat ready.

At least ten aircraft of the 34 Vipers of the 9th Fighter Squadron, based at Ballad air base (Iraq), are not able to fly at all. Over 50% of the displayed 23 are only able to fly, but lack working radars and avionics to operate with weapons and show other shortcomings. In Western thoughts and operations, these aircraft were not allowed to fly at all.

This all is caused by budget problems of the Iraqi armed forces, logistical problems, a decrease in contractor support to maintain the Block 52s (caused by the bad security situation in Iraq) and less trained pilots. The Iraqi MoD is working hard to solve all problems. 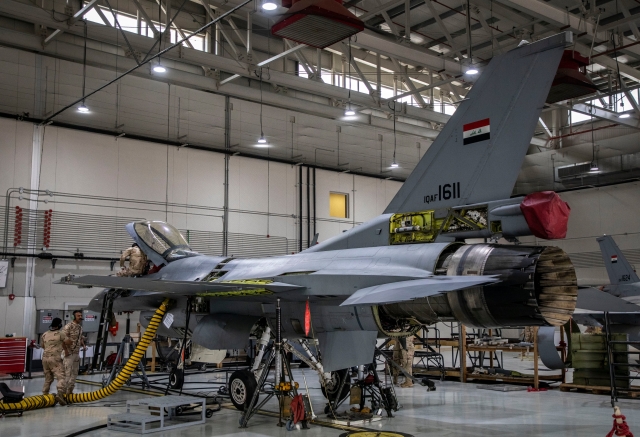