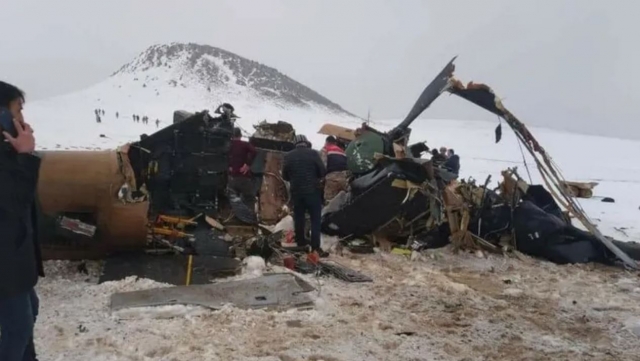 In a statement, Turkey’s Ministry of National Defense said the helicopter took off in the eastern province of Bingöl at 13:55hrs (LT) and was en-route to Bitlis province’s Tatvan district when contact was lost at around 14:25 hrs (LT). Unmanned Aerial Systems, a CN235 and some helicopters of the Turkish armed forces that were operating nearby started a search and rescue mission and discovered the wreckage soon after the incident occured on a slope of Mount Nemrut. The weather was not optimal as low clouds and snow were reported over the crash site. 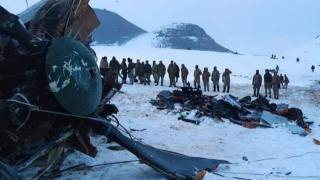 The crash location is in an area where Turkish troops have been combating militants of the banned Kurdistan Workers’ Party, or PKK. There are no reports that the PKK claimed responsibility for the crash.

TKHK Cougars are based at Ankara/Güvercinlik, Diyarbakir, Pinarbaşi at Cyprus, Isparta, Istanbul-Samandira and Izmir-Gaziemir. The closest air base of these to the crash site is Diyarbakir where the 7nci Kolordu Hava Taburu “Bilge” is based. 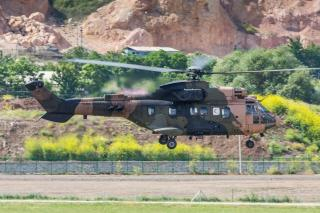 The TKHK received thirty AS532ULs and during their service,  four were written off (including this latest tragic crash). Starting in 1996, twenty Eurocopter-produced AS532UL Cougar medium-lift helicopters were delivered to the TKHK. They were delivered under the Phoenix I programme for which the USD 225 million contract was signed in 1993. In 1997, Turkish Aerospace Industries signed the Phoenix II contract with Eurocopter for the co-production of thirty AS532 Cougars, of which the Turkish Army received ten examples (the others went to the Turkish Air Force). The consortium between TUSAŞ Aerospace Industries Inc. and Eurocopter was baptized EUROTAI, which completed the deliveries of the ten helicopters, some of which were in the SAR and Ambulance configuration, by 2003. Under the HeliMod I and HeliMod II programmes, the Cougars received a number of Avionics, self-defence and communication systems upgrades.