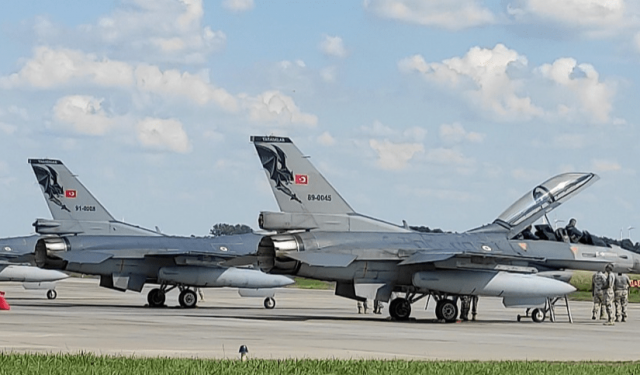 Turkey has joined the NATO Baltic Air Policing (BAP) mission for the first time since 2006, with a detachment of four Lockheed Martin F-16C/D Fighting Falcons arriving at Malbork Air Base in Poland on 6 July 2021.

“An 80-strong TurAF detachment will operate the fighters from Malbork until mid-September in support of NATO's Air Policing mission in the region. This is the second time the Turkish Air Force contributes fighters to NATO Air Policing in the region, and the first deployment to Malbork (Poland),” the command said.

For the two-month rotation, the TurAF will support the Ejército del Aire (EdA, Spanish Air Force) Eurofighters and Aeronautica Militare (AM, Italian Air Force) F-35A Lightning IIs that have been flying out of Šiauliai Air Base (Lithuania) and Ämari Air Base (Estonia) respectively since May 2021.

Photo by 22nd Air Base Malbork