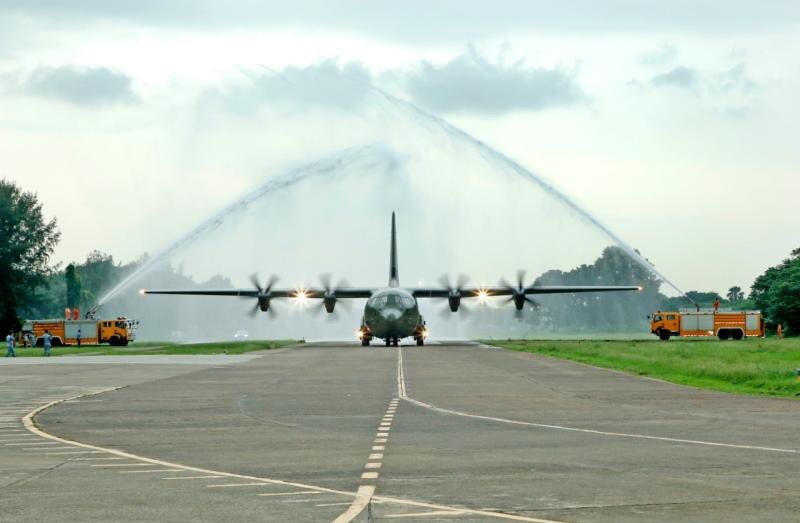 The delivery ceremony took place at Bangabandhu airbase in Dhaka (Bangladesh) after the aircraft arrived from the United Kingdom with fuel/crew rest stops in Cairo (Egypt) and Muscat (Oman).

The aircraft were completely overhauled and received some modifications before delivery, like Medical Evacuations mods, avionic upgrades and the provision of a Passenger Transport Configuration.