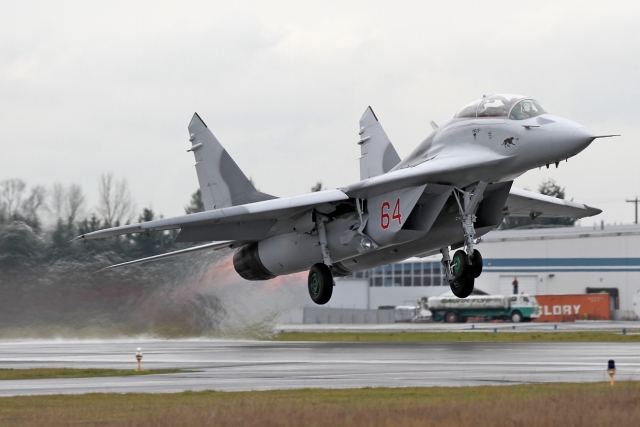 The fastest privately owned warbird in the world, Mikoyan-Gurevich MiG-29UB N29UB, has found a new home. The fourth generation jet was part of the Flying Heritage & Combat Armor Museum at Paine Field in Everett (WA) USA.

The collection in this museum was the brainchild of Paul Allen, well known as co-founder of Microsoft, who died on 15 October 2018. The collection has been offered for sale, and the MiG-29UB has now found a new owner.

The new owner is a man called Jared Isaacman, who has gained fame and fortune as the founder of private adversary support contractor Draken International.

He sold Draken to private investors in 2019 and obviously then had some cash to spend. Isaacman has since then started a new company in the credit card business. The MiG-29 is pure recreation!

MiG-29UB N29UB (construction number 50903014896) saw service with the Ukrainian Air Force as 64 bl during the dissolution of the Soviet Union. The trainer was refurbished and demilitarized by the Ukrainians and offered for sale around 2005.

It was bought by John Sessions of the Historic Flight Foundation and after loads of trouble imported into the United States. Sessions did an amazing restoration of the jet and both Klimov RD-33 afterburning turbofan engines were overhauled to zero time. Almost factory fresh it was sold to Paul Allen in 2011.

The MiG, with its serial changed into 64 red, became the fastest machine in the collection of the Flying Heritage & Combat Armor Museum. When acquired by Isaacman, the N29UB airframe only had 570 hours of total time, 60 hours of which were flown in the USA. 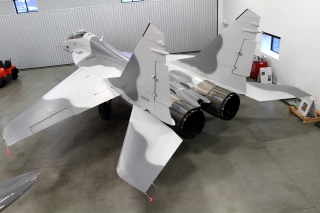 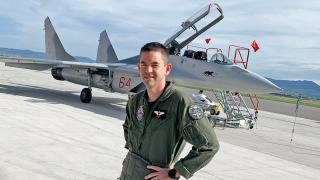