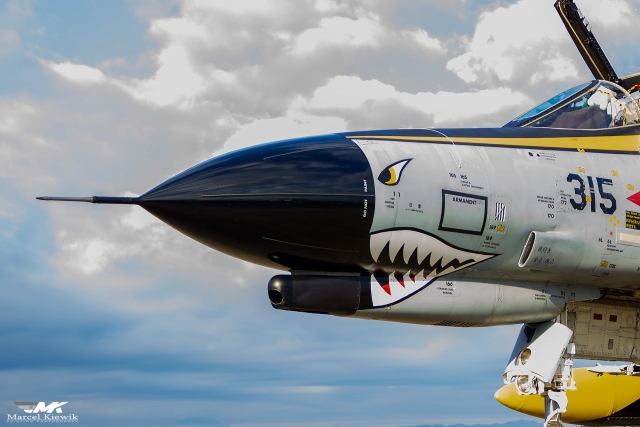 As almost all other aviation enthusiasts, also Scramble Magazine was under the impression that official Phantom operations for the Japan Air Self-Defense Force (JASDF) 301 Hikotai ended during a ceremony on 20 November 2020. However, as F-4EJ flights continued in the days after this ceremony, some doubts arose if these were indeed the last JASDF Phantom operations. Scramble is now able to confirm that the real last day of 301 Hikotai Phantom operations was recorded on 10 December 2020.

F-4EJ Kai 07-8436, in the blue final markings, made the last Phantom flight for the squadron. The decommissioning ceremony will be on 14 December.

The ceremony on 20 November 2020 appeared to be the celebration of the type’s service life within the JASDF. Some other festivities around the final Phantom operations at Hyakuri air base were hosted last weekend. On 4 December, five Phantoms, all in special colours were on display outside, the yellow and blue specials of 301 Hikotai, the white and black specials of 302 Hikotai and a blue camo 501 Hikotai one. This display was repeated on 9 December.

As reported earlier, this is not the end of the Phantom within the JASDF as there are still a possible five F-4EJs flying from Gifu air base. These will continue to fly into 2021. Operations of these aircraft are expected to end by March 2021. The unit, Hiko Kaihatsu Jikkendan (Air Developement and Test Wing/ADTW) has decorated 17-8301 (the very first F-4EJ for the JASDF) in old style colours, including a very large unit badge and the text ‘Thank You 1971-2021’ underneath the fuselage. 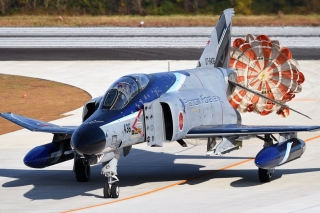 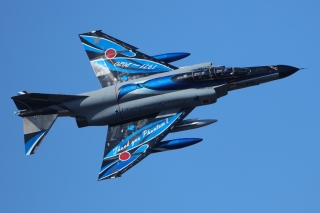