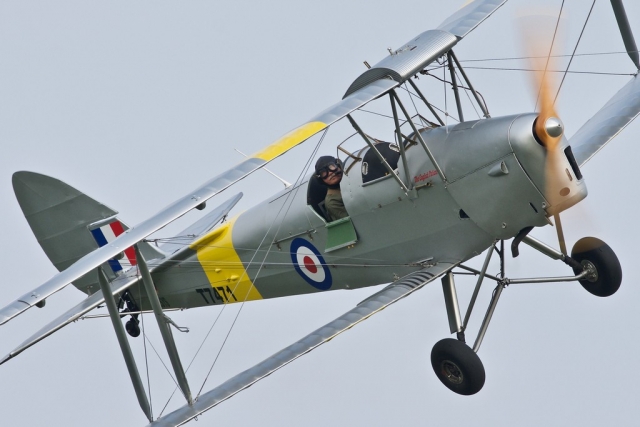 ‘The English Patient’ moves to Turkey

The De Havilland DH-82 Tiger Moth is an iconic aircraft and had always a high touch feeling among pilots and aircraft enthusiasts. The Tiger Moth is a 1930s British biplane designed by Geoffrey de Havilland and built by the de Havilland Aircraft Company. It was operated by the Royal Air Force (RAF) and many other operators as a primary trainer aircraft. The Tiger Moth remained in service with the Royal Air Force (RAF) until it was succeeded and replaced by the de Havilland Chipmunk during the early 1950s. Many of the military surplus aircraft subsequently entered into civil operation. Many nations have used the Tiger Moth in both military and civil applications, and it remains in widespread use as a recreational aircraft in several countries.

One of this present recreational aircraft is former Royal Air Force (RAF) T7471 (constructionnumber 83900). In 1941 De Havilland transferred principal manufacturing activity for the Tiger Moth from its Hatfield factory to Morris Motors Limited at their facility in Cowley, Oxford (United Kingdom). Coming from this birthplace, T7471 was taken on strength in 1942. After the Second World War it was transferred to the civil circuit and registered G-AJHU it saw many owners and airfields throughout the United Kingdom. In 1996 it gained eternal fame as actor with the spurious registration G-AFFC in the British-American epic romantic war drama film ‘The English Patient’. 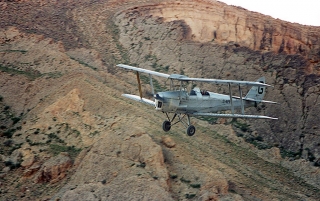 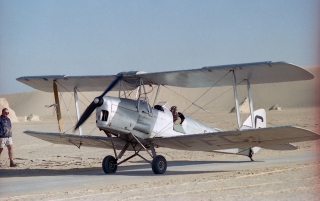 The film plays in the final days of the Italian Campaign of World War II and Hana, a French-Canadian nurse of the Royal Canadian Army Medical Corps looks after a dying, critically burned man who speaks English but cannot remember his name. In 2004, T7471 ended in Italy still wearing its civil registration G-AJHU. In 2012 it was registered D-ESYS and flying in a Royal Air Force training livery. To remember its role in the movie, it was adorned with ‘The English Patient’ in a red marking. It was based in the Veneto region (North East Italy) and was a welcome guest at meetings.

The present owner decided to sell T7471 and on Friday 4 December 2020 it departed on a flatbed truck to its new destination. On the photos below can be seen that the Tiger has arrived and is already receiving tender loving care at the M.S.Ö. Air and Space Museum (M.S.Ö. Hava ve Uzay Müzesi), located at Sivrihisar Aviation Center, Eskişehir, Turkey. It will be surely missed in the Italian skies. 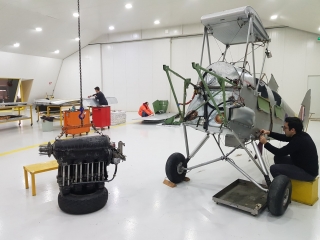 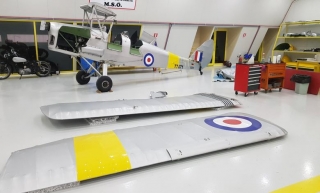