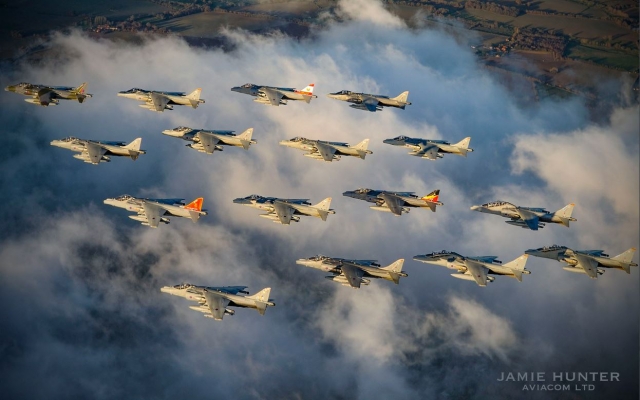 On 14 December 2010, already TEN YEARS ago, marked the final day of the Royal Air Force Harrier Force. The event was as sad as the weather, dull and murky. A mass-launch and formation flight of sixteen Harriers lead to the send-off of the remarkable vertical and short take-off and landing (V/STOL) aircraft in UK service.

The withdrawn of the British icon fighter was a result of a massive UK defense cut. The Harrier GR1 was first introduced with No.1 (Fighter) Squadron at RAF Wittering on 1 April 1969. The Royal Navy accepted their first Sea Harrier FRS1 in the early eighties, but this variant was already retired by 2006. As the Royal Navy lacked fighters from that moment, the RAF Harriers (through the years upgraded from GR1 to 3, 5 and 7 and eventually to GR9) were assigned to the RAF/RN Joint Force Harrier (JFH).

In total, 72 UK Harriers in good condition were sold to the US Marine Corps as spare parts for around USD 180 million (to compare: two current F-35Bs are more expensive than those seventy two...). The spare part Harriers were placed at the 309th AMARG at Davis-Monthan Air Force Base (AZ). 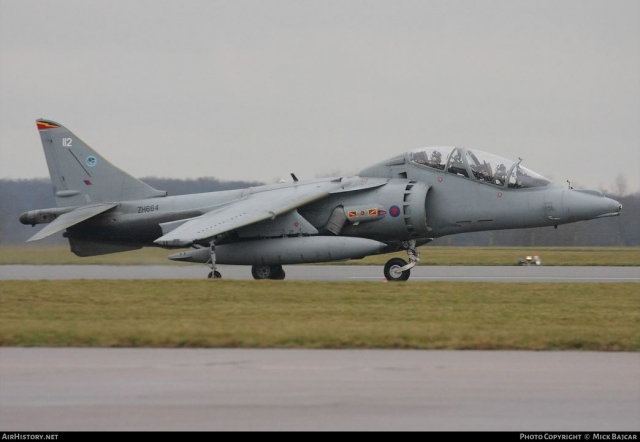 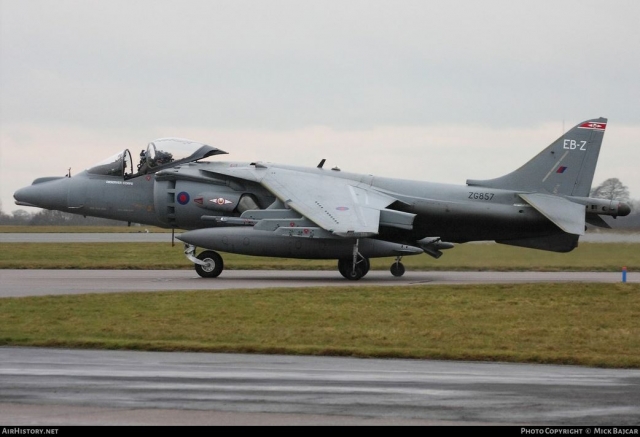 Photos by Mick Bajcar, Wittering 15dec10 (via Airhistory.net), and air to air 15dec10 via RAF by Jamie Hunter (see @Jamie_aviacom at Twitter)