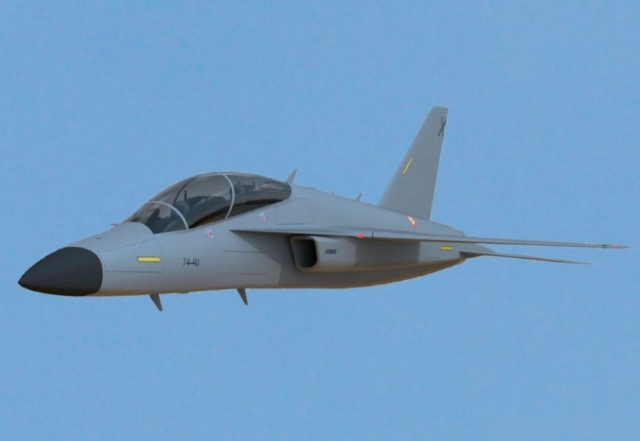 On 16 October 2020, the Spanish division of Airbus released its proposal for a new advanced training aircraft. The new aircraft, dubbed as the Airbus Future Jet Trainer (AFJT), is a programme designed by and for Spain.

According to the head of the Eurofighter programme in Spain and head of the Future Combat Programmes, Javier Escribano, "the AFJT is positioned as the operational, industrial and technological development solution that would allow the country to continue with its position as a leading player in the aerospace and defense sector". Unofficially the programme is also named as the Future Light Combat Aircraft (FLCA).

The concept of the new advanced training aircraft is a single-engine transonic performance jet trainer and the new platform could be a base for the development of new jet trainer that could support pilots going on to fly the European Future Combat Air System (FCAS). Additionally the design can also be the basis for a light fighter aircraft and a new generation unmanned attack aircraft.

The advanced trainer variant, with a stepped two-seat cockpit, is offered with and without the internal gun and multi-mode radar. The light combat version of the aircraft will be available as a single-seat light combat aircraft for air defense and reconnaissance missions.

In our news item on the latest Spanish Defence initiatives from 22 September 2020, we mentioned the intention of Spain to design and produce an all-Spanish new advanced jet trainer aircraft as a replacement for both the CASA 101EB and SF-5M trainers. The SF-5M is scheduled for withdrawal from service around 2028. The CASA 101EB will gradually be retired from September 2021, but will be replaced by the Pilatus PC-21 for some parts of the training syllabus.

Spain is hoping that other countries, Germany and France in particular, will be interested in purchasing this new trainer so this aircraft can become the jet trainer for the European Future Combat Air System. 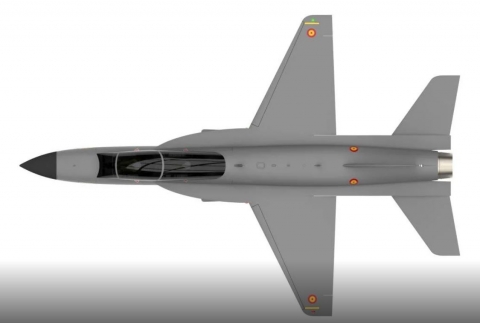 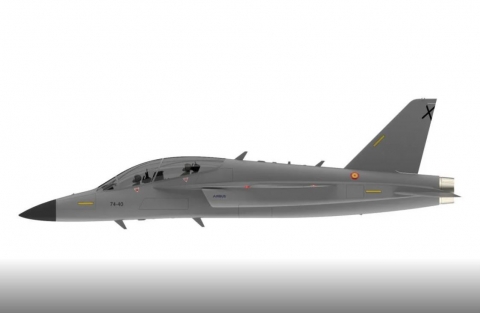