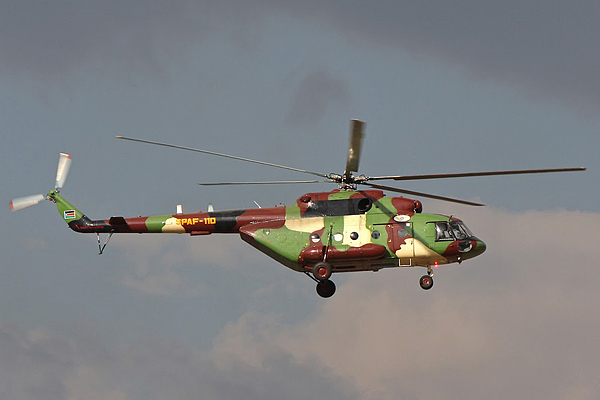 Most likely SSAF-104 is the correct serial of the South Sudan Air Force (SSAF) Mi-17V-5, which crashed in Cueibet Town of Lakes State (South Sudan) on 10 January 2021. The crash resulted in  injuring eleven people with two people escaping unscathed.

The Russian built chopper was carrying the body of the late Hon. Gabriel Matur Malek, a veteran politician who died in Juba (South Sudan) after a long illness.

The reason we are fairly certain it is the correct serial comes from close observation of pictures of SSAF-104 by Ian Carroll, who observed a dent in the upper tank. On crash pictures on the internet (Facebook) you can see the tank has been dented much more but you can still see the original dent, leading him to think it is SSAF-104. The whole Sudan People's Air Force fleet (some fourteen Mi-17V-5s, two Mi-172s and some six Mi-24Vs) is based at Juba. This crash is the first Mi-17 crash that is reported so so far within the SSAF. 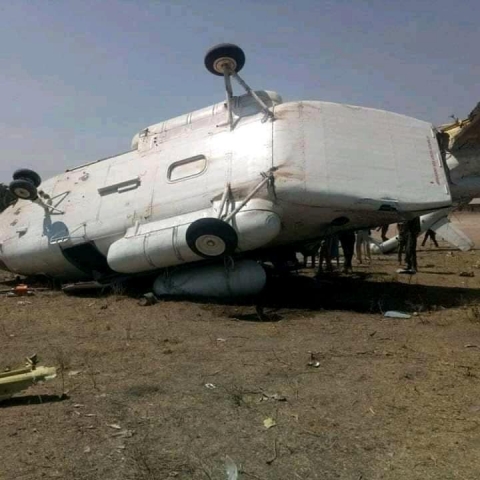 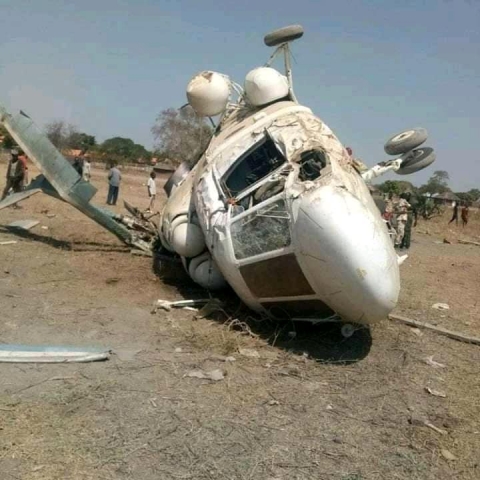 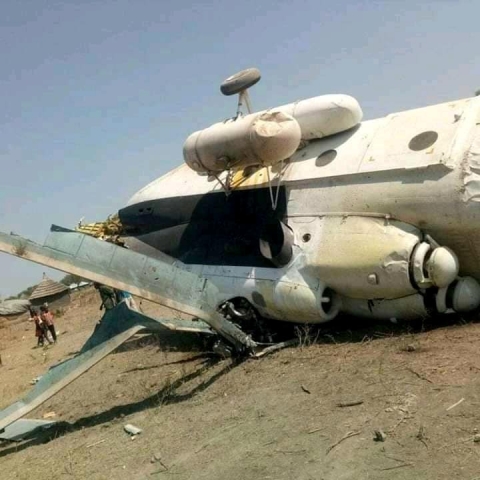