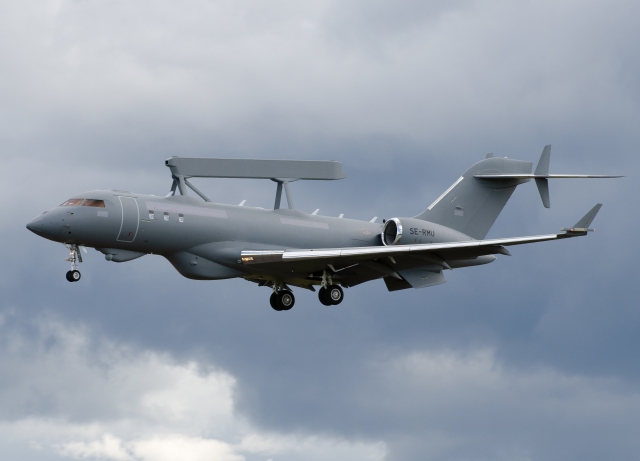 GlobalEye SE-RMU (construction number 9787) arrived at Linköping (Sweden) on 24 August 2017. This is the same aircraft as on display at the Al Maktoum (UAE) airshow in November 2019 and at the Kauhava (Finland) airshow in August 2020. The UAE ordered the first two GlobalEyes in 2015, plus a third in 2017. Two more aircraft are still on option.

According to Saab, the GlobalEye is equipped with a suite of advanced sensors, including the Erieye ER airborne radar. It is suitable for multiple types of surveillance. The company says the aircraft offers “increased detection range and over 11 hours of operational endurance.” The modified Bombardier Global 6000s can carry out air, ground, and maritime surveillance. It uses the Erieye ER radar for air surveillance, and an electro-optical system and a ground moving target indicator radar capable of detecting objects on the ground and on water surfaces. Saab claims the system can detect objects as small as a submarine periscope. 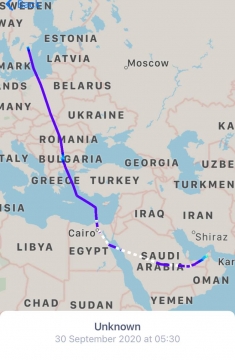