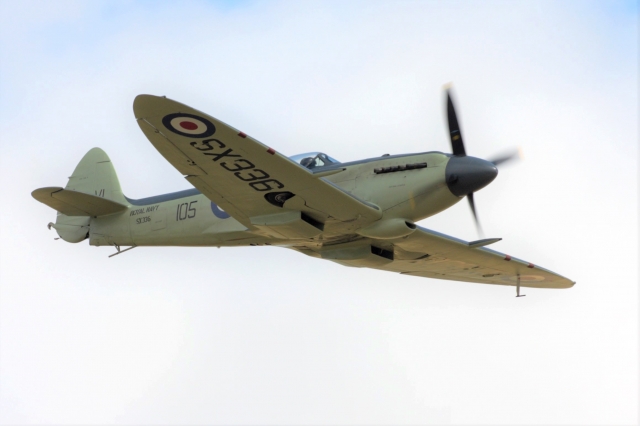 Seafire returns to the air

A memorable event took place at Old Warden aerodrome, Biggleswade (UK) on 18 November 2021. After a long period of hibernation, Supermarine Seafire F.XVII SX336 (G-KASX) took off for its first flight in five years.

It was flown by Stu Goldspink. The Seafire, naval version of the famous Spitfire, is owned by Kennet Aviation. The shipboard fighter was damaged during a wheels up landing at Bondues (France) on 1 July 2011.

It was repaired in the three years that followed, making the first post restoration flight on 3 July 2014. But since then SX336 was rarely seen in the air and since 2016 the Seafire totally disappeared off stage. 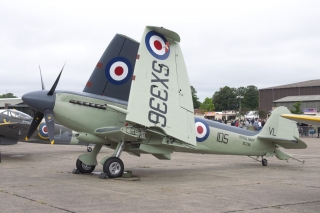 SX336 is a Westland built Seafire (c/n FLWA/25488) the fuselage of which was salvaged from a scrapyard by ‘mr. Spitfire’ Peter R. Arnold in 1973. A restoration was taken up ten years later and the project was registered to Peter J. Wood as G-BMRG in 1989.

In 2001 the Seafire was acquired by Tim Manna of Cranfield and registered as G-KASX in 2003. The restoration proceeded at Kennet Aviation, North Weald, resulting in the first flight on 3 May 2006.