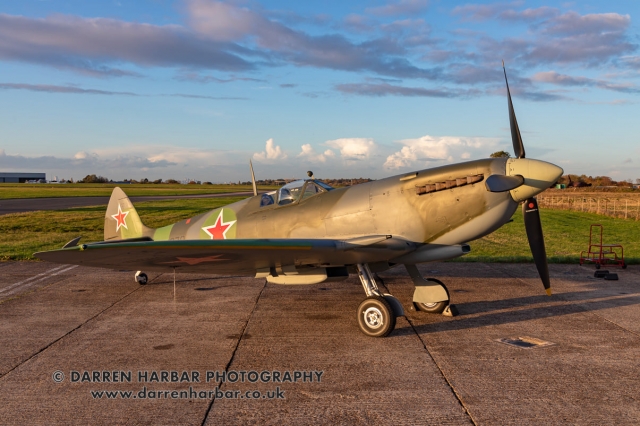 Peter Teichman, owner of the Hangar 11 collection of North Weald (UK), can hardly wait. It is expected that by the end of October 2020 or early November, he will be able to make a first post-restoration flight in Vickers Supermarine Spitfire PT879, a Mk.IX built under construction number CBAF.IX.2922 in Castle Bromwich in 1944.

The fighter was one of the Spitfires that was supplied to the Russian Allies under Lend-Lease during WW II. Unfortunately PT879 collided with another Spitfire and crashed on the Kola Peninsula on 18 May 1945. Recovered from Russia in 1997, the hulk was bought by Angela Soper of Romford (UK) and the project was registered as G-BYDE.

Four years later the project was acquired by Peter Teichman. After a long period of storage the restoration was taken up at Sandown on the Isle of Wight in 2012 and completed at North Weald.

Preparing for the actual test flying was done at Biggin Hill. In January 2018, Teichman changed the fighter’s registration into G-PTIX. For many years he dreamt of flying the only Spitfire that ever returned from Russia. And, seeing the grin on Teichman's face, that moment has almost come!

After completing a number of successful engine runs last month, the British CAA performed a last inspection and issued a “permit to test”. On 26 October 2020 it was decided to do some taxi runs, to further test systems and prepare for her first flight since the spring of 1945. Well known warbird pilot Pete Kynsey is the appointed test pilot and he completed some taxi runs. He declared that all temperatures and pressures were good, brakes effective and was generally very happy. Now we are all waiting for the first flight of PT879! 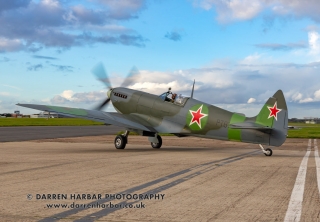 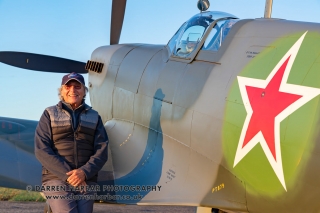 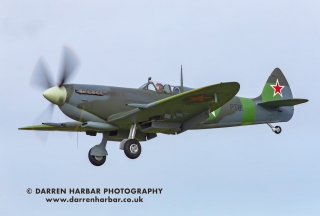