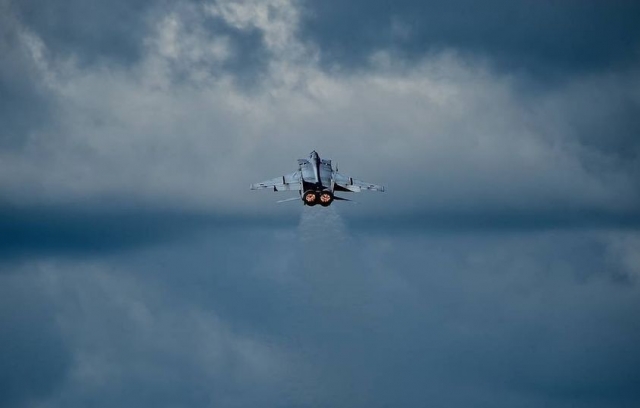 The Russian airspace early warning stations detected a Royal Air Force Sentinel R1 of 5(AC)sq, based at RAF Waddington (UK), over the neutral waters of the Barents Sea approaching Russia’s state border. After the escort, both Foxhounds returned to home base, most probably Malyavr, Severomorsk-3 (Russia).

Scramble Magazine only has knowledge of Russian Navy MiG-31s based at the Pacific Fleet's Petropavlovsk-Kamchatskiy / Yelizovo air base (Russia). Is anyone able to confirm the MiG-31 also with the Northern Fleet? Or ... did the MiG-31s belong to the Russian Federation - Aerospace Forces (RF VKS) and were they assigned to the 6th Leningrad Red Banner Air and Air Defence Army, 98th Independent Composite Aviation Regiment based to Monchegorsk air base, part of the Russian Air Force Western Military District, south of Moermansk near the Barents Sea?