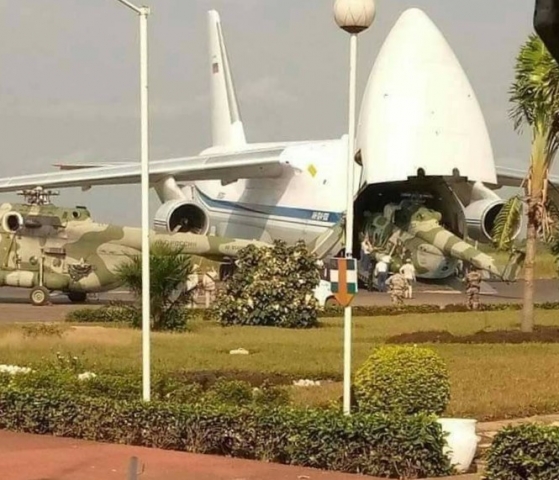 In December 2020, Russia has increased their military presence in the Central African Republic (CAR) by sending additional 300 soldiers to deal a sharp degradation of security for the CAR government in the deeply unstable country amid an alleged coup bid ahead of presidential and parliamentary elections.

Some details about the aviation component of the Russian VKS Aerospace Forces in the country start to emerge.

On 26 December 2020, an An-124 Ruslan transport aircraft landed at Bangui/M'Poko airport, with two Mi-8AMTSh-V (VK-2500-03 powered) multipurpose helicopters onboard, marking the first deployment of a Russian aviation component in the CAR ever.

These helicopters are now regularly seen around the capital Bangui, as well as the neighbouring settlements like Boali, Wuye and Gba.

The aircraft are operated by the 344th Army Aviation Centre (aircrew combat training and transition), based in Torzhok in the Tver district. This unit, among other priorities, provides air support to the Russian Special Operations Forces.

Based on the photos appeared on 11 January 2021, we can confirm these two Mi-8AMTSh-V examples: