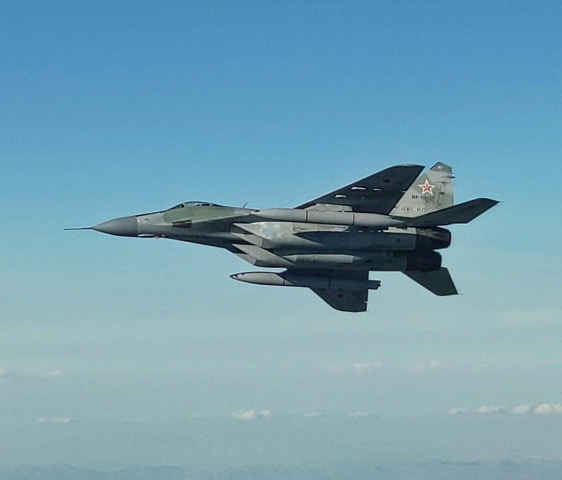 In May 2020, Scramble Magazine reported on delivery of six MiG-29 point defense fighters and a pair of Su-24M attack jets to Al-Jufrah air base in central Libya. The aircraft are obviously meant to support the Benghazi-based Libyan National Army (LNA) led by General Khalifa Haftar, which has been engaged in a civil war with the Tripoli-based Government of National Accord (GNA).

While Moscow has denied any deliveries of the abovementioned hardware to Libya, various sources confirm that the aircraft reportedly were flown in via Astrakhan air base (Russia).

The fighters made a refuel stop at Hamadan (Iran) and Khmeimim air base (Syria) before being escorted at least part of the way to Libya by two Su-35S fighters of the Russian Federation - Aerospace Forces (RF VKS). Satellite photos showed MiG-29s deployed at Al-Jufrah. 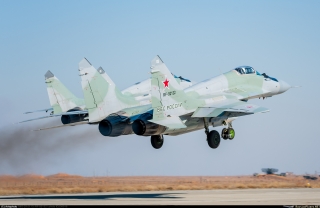 Scramble Magazine did some more investigation into the deliveries of MiG-29s to Libya. According to the first reports in 2020, six MiG-29s were transferred to Libya. Based on photo material we have recognized one model 9.51 twin seater, the remaining ones are most likely all model 9.13s. The research is based on comparison of the green/grey camouflage pattern on the particular aircraft, which was not easy as the well known photos from the refueling stop at Khmeimin air base have been photoshopped.

All MiGs were serving with the 116th Fighter Aviation Combat Training Centre (UCBP) based at the Astrakhan/Ashchuluk air base (also known as Privolzhsky), in the Astrakhan territory. These MiGs have been gradually replaced by the new MiG-29SMT2s (model 9.17R) and MiG-29UBMs (model 9.53R). 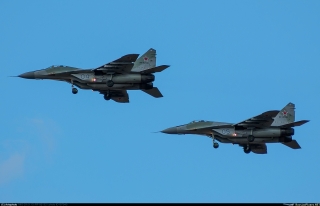 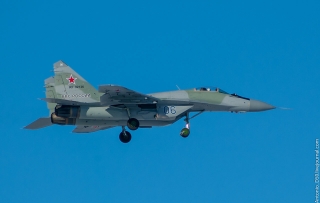 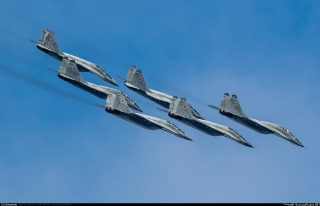 We are missing a photo of the final unidentified model 9.13. There are not many options left as there are only two model 9.13s left with the 116th UCBP.

Theoretically, the last single seat MiG-29 could also be a model 9.12, in that case we have three other airframes to explore. But this option is not very likely. 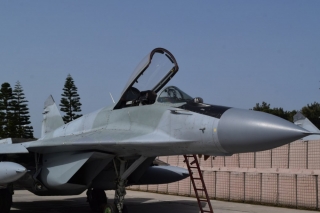 With regards to the twin-seater, the situation is not clear. A single MiG-29UB (model 9.51) can be seen on the photos from Khmeimin air base, but the aircraft is partially covered and the fin is also heavily photoshopped. We do not have much material to compare it with. 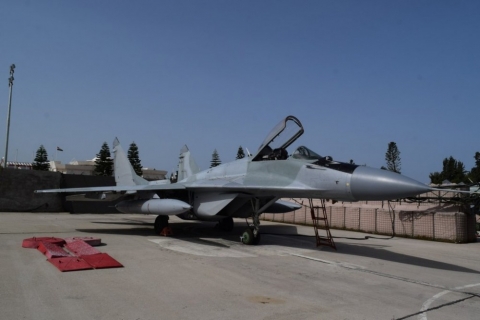 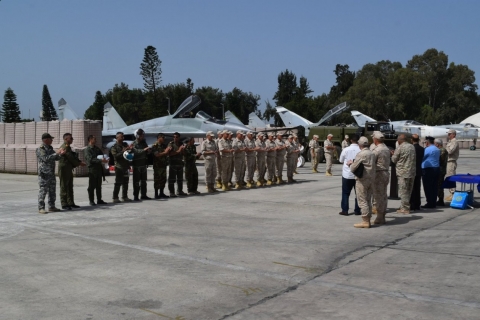