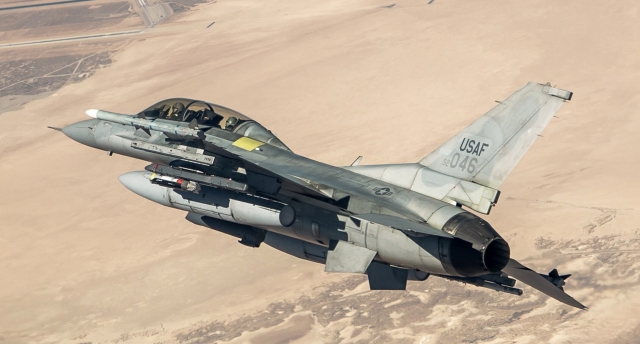 Following modification by Lockheed Martin, KF-16D Fighting Falcon with serial 92-046 has been temporarily assigned to the 416th Flight Test Squadron (FLTS) Skulls of the US Air Force’s 412th Test Wing at Edwards Air Force Base (CA).

While assigned to the unit, the multi-role fighter will be used to test elements of the Republic of Korea Air Force (RoKAF) modernisation and is currently wearing USAF titles and markings.

The KF-16C and KF-16D fighters are operated by six Fighter Squadrons and one Tactical Reconnaissance Squadron:

For more information on the RoKAF fighter squadrons have a look at South Korea's Air Order of Battle.