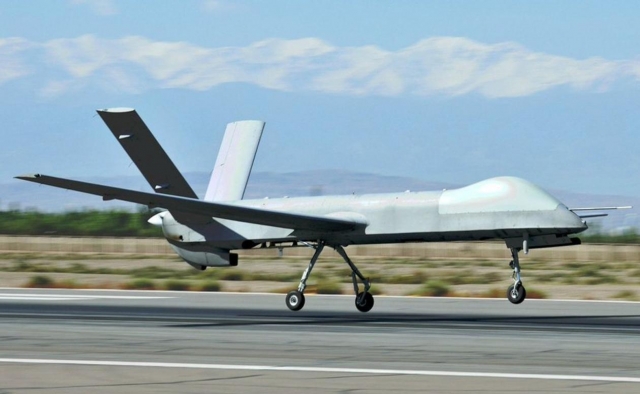 On 8 August 2020, the Nigerian Chief of the Air Staff (CAS), Air Marshal Sadique Abubakar, announced that a new batch of Unmanned Combat Aerial Systems (UCAS) from China will arrive in his country before late 2020.

The UCAS', dubbed to be China Aerospace Science and Technology Corporation (CASC) CH-4B or CH-5 Rainbows, will be used for the Intelligence, Surveillance and Reconnaissance (ISR) missions and can be armed too. The latter is necessary to fight security threats (read: Boko Haram) in the region.

The current fleet of UAS of the Nigerian Air Force (NAF) consists out of max three CH-3s (it is known that a fourth one crashed in 2015) that were delivered most probably during 2013/2014.

Currently, multiple NAF personnel is being trained in China to support the future NAF CH-4 operations. It is said that the NAF have ordered eight to twelve CH-4Bs ofr CH-5s and these will be assigned to the 203 Combat Reconnaissance Group (203 CRG) at Gombe air base. The aircraft can be deployed to forward operating bases like Katsina and Gusau in Nigeria.

There is a lot of discussion about the quality of the CH-4s. although they are much, much cheaper as its US counterpart (MQ-9 Reaper and MQ-1 Predator) but it lacks their capabilities and qualities. The Iraqi Air Force had once a fleet over of ten CH-4s, but it is reported that within a year of operations, all have crashed or have been grounded. The Royal Jordanian Air Force purchased up to six CH-4s, and these have been grounded since 2019. Possibly two have crashed as four are offered for sale. Likewise reports appear of CH-4s in service with Egypt, Algeria and Saudi Arabia. The Reaper look-a-like CH-4/-5 appeared on the export market and is sold to countries where the US is reluctant to sell armed UAS'or UAS with certain capabilities or ranges.