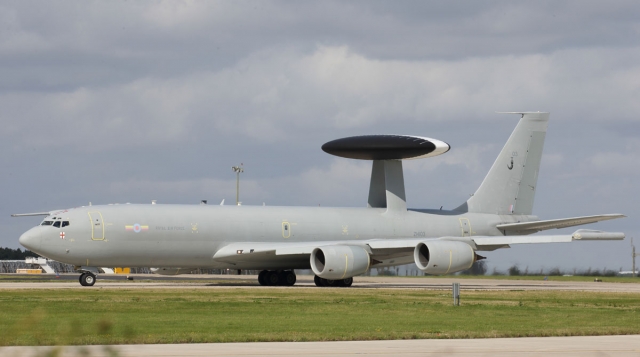 RAF Sentry AEW1 with serial ZH103 (construction number 24111/1004) has returned to its home base at RAF Waddington (UK) following its final mission on Operation Shader, bringing to a close 30 years of operational service.

The Sentry flew its final operational sortie on 30 July 2021 over Iraq as part of the counter-Daesh Operation Shader. The aircraft from 8 Squadron had been deployed to RAF Akrotiri (Cyprus) and was the latest and last deployment since 2015.

The RAF E-3Ds will be retired later this year and will be replaced in 2023 by three Boeing E-7 Wedgetails. During the period between retirement and the Wedgetail becoming operational, the Intelligence, Surveillance, Target Acquisition, and Reconnaissance (ISTAR) requirements will be covered by a combination of other aircraft and E-3s from NATO partners.

With ZH103 now being withdrawn from use, only ZH101 and ZH106 remain active with 8 Squadron. These two will be withdrawn later this year. For more information on the aviation related consequences of the UK Defence Review see the Scramble Magazine news item of 23 March 2021.