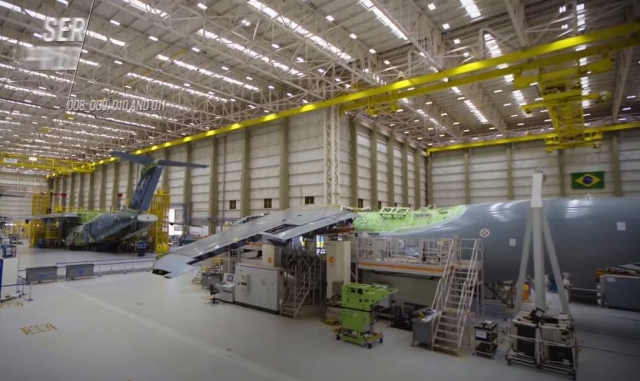 In a promotional video on the milestones of the EMBRAER KC-390 Millennium programme some footage is shown of the assembly line in which the first Força Aerea Portuguesa (FAP, Portuguese Air Force) transporter is briefly visible showing full colours and roundel.

No serial can be seen, but the aircraft is painted in the well-known overall NATO grey colour scheme. According to the information, the FAP KC-390 will make its first flight this year. Certification of the Portuguese version will take place in 2022 and delivery in early 2023.

In February 2021, test registration PT-ZDK was reserved for EMB-390KC with construction number 390000011. This might be the first Portuguese aircraft. So far, EMBRAER has not resevered test registrations for the Força Aerea Brasileira (FAB, Brazilian Air Force) production aircraft.

On 11 July 2019, the Portuguese government confirmed the deal for five KC-390s. The transporters will replace the small fleet of C-130H Hercules operated by Esq501 at Base Aerea 6 (BA6) Montijo (Portugal).

The contract is valued at USD 930 million (827 million euros), and besides the aircraft, a flight simulator and maintenance service will be provided for a period of twelve years. Delivery of the final aircraft is planned for 2027.