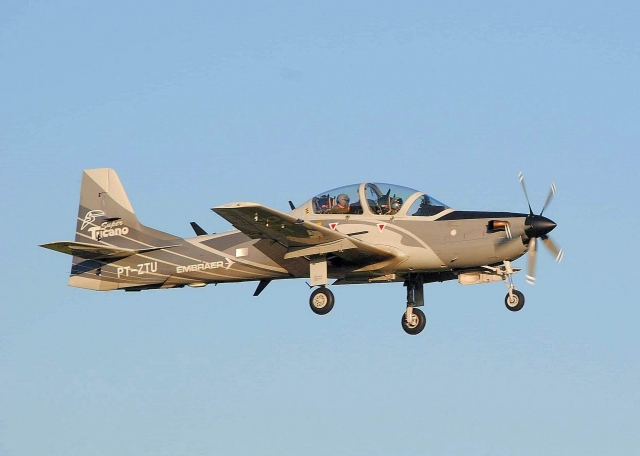 The Força Aerea Portuguesa (FAP, Portuguese Air Force) is interested in the EMB314 Super Tucano as a possible replacement for their retired fleet of Alpha Jets. The FAP took their Alpha Jets out of service in January 2018.

On 17 November 2020, an Embraer EMB314E Super Tucano manufacturer aircraft, registration PT-ZTU (construction number 31400232), was photographed at Monte Real (Base Aerea 5) being showed to the Portuguese military.

The interest in the Super Tucano is not a strange one with regards to the acquisition of another Embraer product by the Portuguese Air Force, the KC-390 Millennium transport aircraft. At this stage it is unknown if an order for the Super Tucano will materialize and how many aircraft could be involved.

It is very well possible that other competitor aircraft, like the T-6A Texan II and PC-21, could be evaluated by the FAP too.