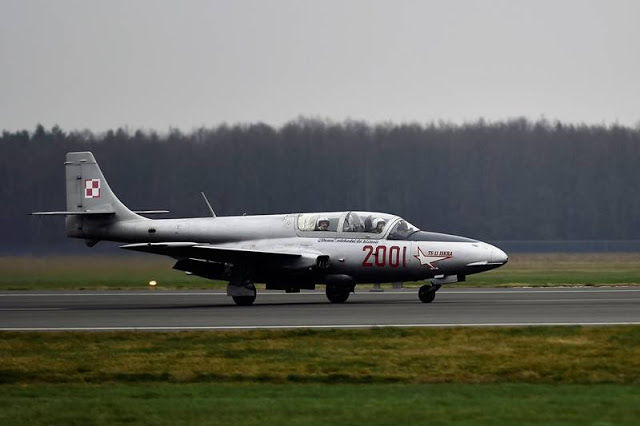 On 9 december 2020, the Sily Powietrzne RP (Polish Air Force) held a ceremony at 41.Baza Deblin to say goodbye to the TS-11 Iskra and hand over its training task to the modern M346 Bielik. Not all Iskras have been withdrawn from use. Only the grey camouflaged ones, used for training, have been withdrawn.

Team Iskry and a small number of camouflaged TS-11R Iskras are still operational. Team Iskry will still be flying the venerable training aircraft for a period of one to two years.

TS-11-bis DF Iskra, serial 2001 (construction number 3H-2001), had the honour to fly the last operational training flight of the TS-11. After the historic flight, the Commander of the 4. Skrzydlo Lotnictwa Szkolnego (4th Aviation School Wing) made a symbolic transfer of this TS-11 to the Deblin Aviation museum.

This year it was sixty years ago that TS-11 Iskra took the sky for the first time. The Polish Air Force operated more than 300 TS-11 Iskras.

A few weeks ago the final M346 Bielik was delivered to the Polish Air Force. The M346 will offer new oppertunities for training future pilots for fifth generation aircraft such as the F-35A Lightning II.