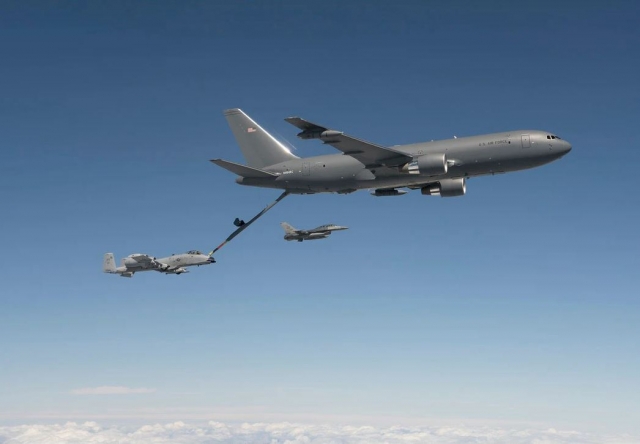 The modification contract - as part of the US Fiscal Year 2021 budget - provides for the exercise of fifteen Pegasus' and they must be completed by 31 May 2024.

Currently, some forty KC-46s are delivered to the USAF, with another ten in the last stadium of production and/or being prepared for delivery. The forty Pegasus' are so far delivered to four different units, including one Air National Guard (ANG) and one Air Force Reserve Command unit. They are operating the new tankers or are in the process of replacing the KC-135R Stratotanker with the new aircraft. Units concerned are the 22nd Aerial Refueling Wing (ARW)/344th Aerial Refueling Squadron (ARS) at McConnel AFB (KS), the 56th ARS/97th Operations Group (OG) at Altus AFB (OK), the 77th ARS/916th OG Air Force Reserve at Seymour Johnson AFB (NC) and the 133rd ARS New Hampshire ANG at Pease ANGB (NH).