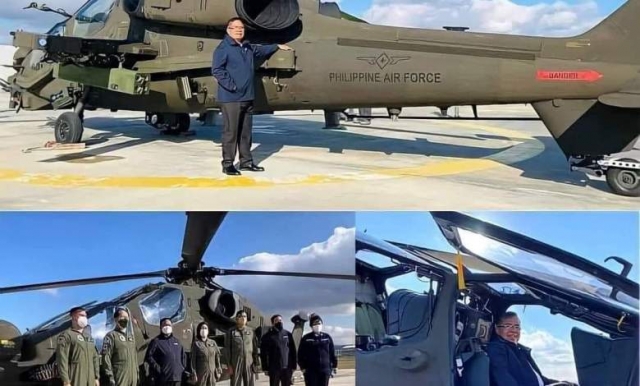 The two attack helicopters are part of the current requirement for six T129s, but according to Lt. Gen. Allen Paredes the deal could be expanded with another six.

Back in November 2018, the PAF selected the T129 ATAK, but it took until May 2021 until the US State Department gave the permission for the export of the US produced parts. The T129 is powered by two LHTEC T800-4A turboshaft engines which are produced through a joint venture between the US firm Honeywell and the British company Rolls-Royce.

The new helicopters will be operated by 15th Strike Wing at Danielo Atienza air base. Scramble Magazine assesses that the T129s will replace some the MD520MG helicopters that are now flying with 20th Attack Squadron, which is part of the 15th Strike Wing. This squadron also operates the two AH-1Fs Huey Cobras that were obtained from Jordan in 2019.

The T129 ATAK is a further development of the Italian AgustaWestland A129CBT. The Philippines will be the first export customer of the T129 ATAK.