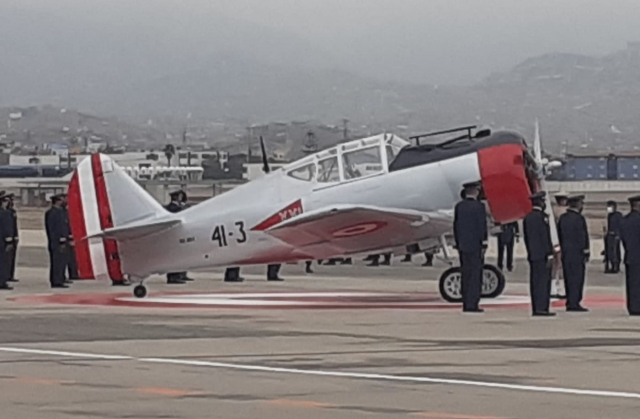 He is back! The unique North American NA-50 'Torito' of the Fuerza Aerea del Perú (Peruvian Air Force). It was painstakingly restored by the Servicio de Mantenimiento de la FAP (SEMAN) for the Museo Aeronáutico del Perú at Las Palmas.

Only seven aircraft were ever built and this is the sole survivor. The colours are of the aircraft as operated by 41 squadron, and XXI-41-3 is the machine in which Captain José Quiñones Gonzáles flew against Ecuador forces in 1941.

The 'Torito' had been preserved outside at the air base for many years, so required some careful attention. Its place on that pedestal has been taken by an AT-6 also marked 'XXI-41-3'.