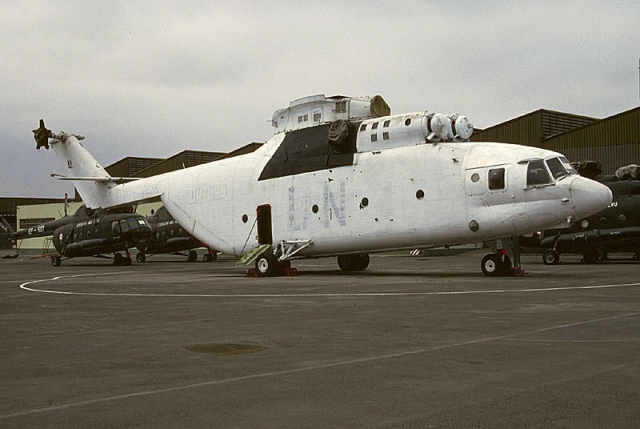 On 12 August 2020, the Ejercito del Perú (Peruvian Army) initiated a tender to sell off its three Mi-26T that have been stored for over a decade already.

As far back as January 2011, the giant helicopters were put up for sale, to no avail. Two of these, EP-705 and EP-706 both with around 600 hours on the clock, have been sitting as big white eye sores at the army ramp of Lima-Callao airport for many years, having been withdrawn from use in 2008.

The third Mi-26T, EP-707 with only 142 hours total time, suffered a heavy landing in October 2003 and has been stored at Iquitos army barracks since then in dark green colours.

All three heavy transport helicopters were bought in September 1995 and were operated by the Batallón de Asalto y Transporte No.811 (assault and transport batallion). The price agreed for their demise is around USD 300.000 and AGSL Aero Systems is going to salvage them.