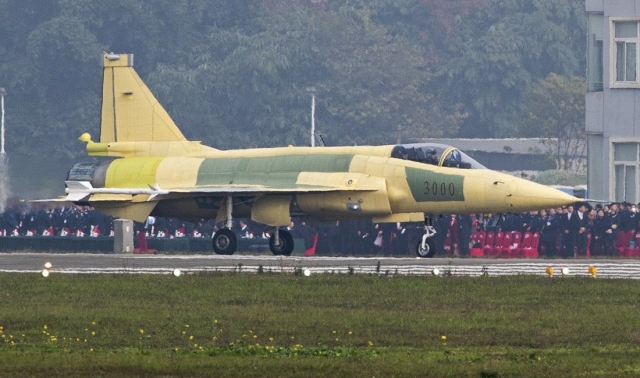 On 30 December 2020, the Pakistan Fiza'ya (PAF, Pakistan Air Force) celebrated the hand-over of fourteen JF-17Bs and the start of the JF-17 Block III production at the Pakistan Aeronautical Complex (PAC) in Kamra.

During a ceremony, that was also attended by the Chinese and Nigerian ambassadors, all fourteen JF-17B, serials 20-613 to 20-626, with some still in primer, were lined up in a row.

Also present were the three JF-17 Thunder Block II destined for the Nigerian Air Force, serials NAF-720 to NAF-722. This completes the block II production and enabled PAF to effectuate the transition of 18(OCU)sq Sharp Shooters from the F/FT-7P to the JF-17B. 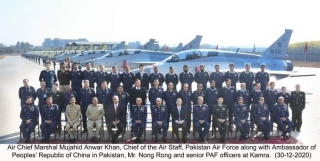 As we reported before, the Block III version of the JF-17 features an Active Electronically Scanned Area (AESA) radar as main enhancement. Not much details about its exact avionics suite have been confirmed although various speculations abound. Local media, that attended the event, reported that the first PAF Block III will be rolled out in 2021 and inducted in 2022.

On 15 December 2019, the first JF-17 Block III, with serial number 3000, made its maiden flight at the CAC facilities in Chengdu (China). The JF-17 Thunder is a single-engine, multi-role combat aircraft developed jointly by the Pakistan Aeronautical Complex (PAC) and the Chengdu Aircraft Corporation (CAC) of China. 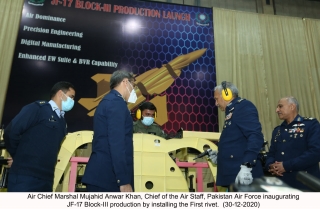 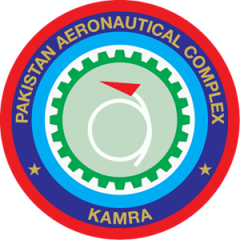 The news and media site Independent Urdu has published a two-minute video of the hand-over ceremony.