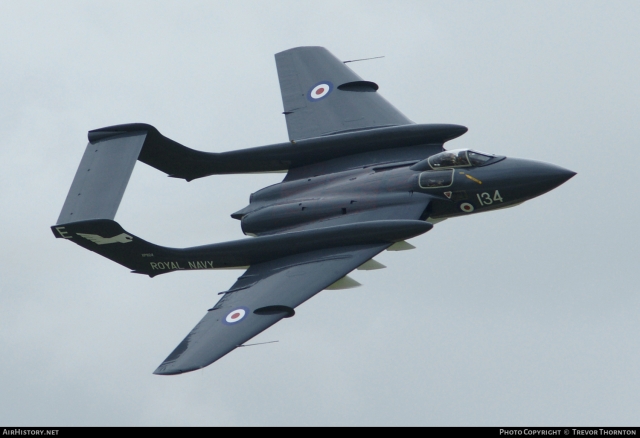 No more flying for "Foxy Lady"

The curtain has fallen for De Havilland Sea Vixen FAW2 G-CVIX (XP924). Owner Navy Wings has recently taken the difficult decision to cease the activities aimed at returning the Sea Vixen to the air.

The fighter, affectionately known as "Foxy Lady", was truly one of a kind, as it was the only airworthy Sea Vixen in the world. At least she was until 27 May 2017 when the aircraft made a wheels up landing at Yeovilton. It unavoidably resulted in considerable damage to the underside of the aircraft.

In the period since then, Navy Wings have done their utmost to find funding for the repairs, which were estimated at just over GBP 2 million, but unfortunately failed to get this amount together. And that is why the Board of Trustees of Navy Wings has reluctantly made the decision to stop investing vital funds into preparing her for flight.

Instead, Navy Wings will now focus their efforts on the Sea Fury FB11 VR930 and aim to get her flying alongside the Sea Fury T20 VX281 (G-RNHF) making a magnificent Sea Fury Pair. 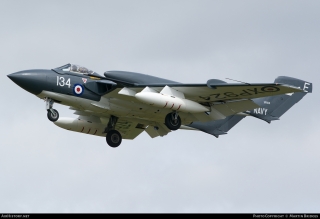 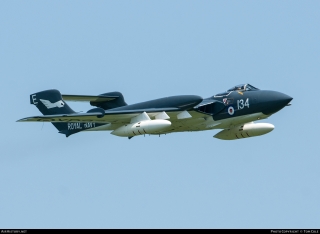