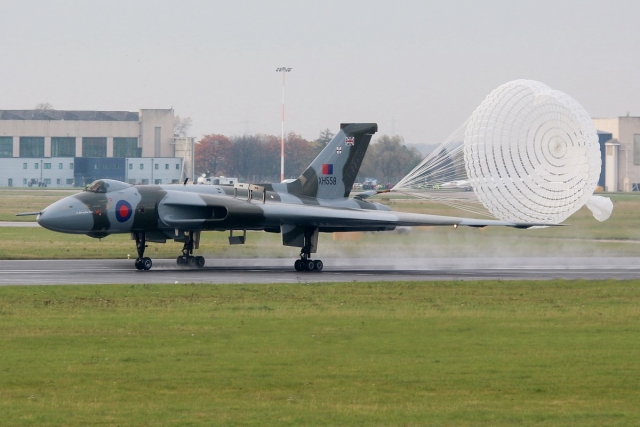 No hangar for Vulcan XH558

The Vulcan to the Sky (VTTS) trust announced that the plans to create a hangar and visitor center for AVRO Vulcan XH558 have been dropped. The charity was unable to meet a £2.2 million deadline on 31 December 2021.

Despite the positive attitude of the Doncaster Sheffield Airport towards the project, the funding was essential for the future of ‘The Vulcan Experience’. Not being able to raise enough money for a shelter is a serious problem for VTTS. Obviously the vintage bomber, which made its last flight to Doncaster on 28 October 2015, will remain exposed to the elements.

The Vulcan to the Sky Trust gained official ownership of former RAF Vulcan XH558 in 2005. It was registered as G-VLCN. With the financial support of the National Heritage Fund and the public the Cold War era bomber was restored to flying condition.

XH558’s restoration, which took £6,5 million, was completed by August 2007 after only 26 months. Awarded her ‘Permit to Fly’ in July 2008, XH558 was officially introduced to the public during the RAF Waddington Air Show. In the years that followed displays of the Vulcan must have thrilled hundreds of thousands of enthusiasts.