The Nigerian Air Force (NAF) has apparently taken delivery of its third and final JF-17 Thunder fighter from Pakistan.

On 29 April 2021, photos emerged on social media showing a Pakistan Fiza'ya (Pakistan Air Force) Il-78MP tanker/transport aircraft, serial R09-001, apparently at Makurdi air base. According to defenceweb.co.za the flight tracking data of the Il-78 shows that it departed Pakistan on 28 April, heading for Africa.

Unconfirmed sources state that all three JF-17 Thunders have now been delivered, with the most recent aircraft being reassembled. NAF pilots and crew for the JF-17 have been training in Pakistan since mid-2020.

The first Thunder was delivered around 21 March 2021, again aboard Il-78MP R09-001. The NAF ordered three JF-17s from Pakistan, serials NAF-720, NAF-721 and NAF-722. More are likely to be ordered to replace or supplement the Chengdu F-7Ni/FT-7Ni fleet - more than a third of its fifteen F-7Ni/FT-7Ni fighters have been lost in crashes. 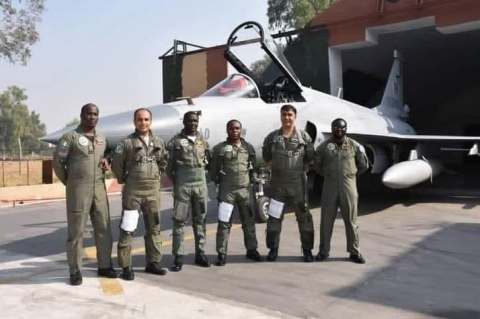 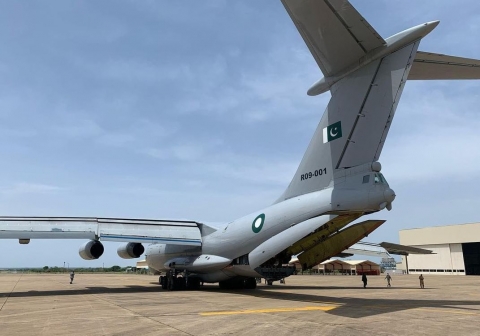 The Nigerian acquisition of the JF-17 Thunder multi-role fighter jets is part of an ongoing fleet modernisation programme. This programme is reported to include the procurement of eight Mi-35M attack helicopters in 2019 and twelve A-29B Super Tucano close air support aircraft from the US.