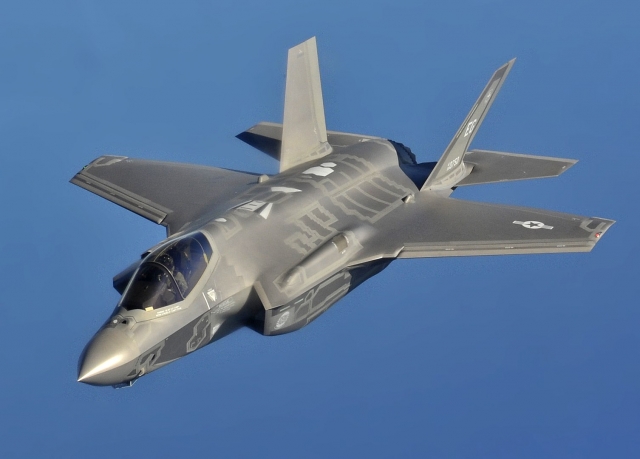 On 16 February 2021, the United States Air Force reported on the RAF Lakenheath (UK) website that the new nickname for the first USAF overseas-based F-35A Lightning II squadron, 495th Fighter Squadron, has been chosen and will be named "Valkyries".

The 48th Fighter Wing solicited help from the public to name the unit. With more than 700 different suggestions received in the fall of 2020, five finalists remained. In December 2020, an opinion poll attracted thousands of votes. Next to Valkyries, the public could choose from Archangels, Sabres, Sentinels and Swordsmen.

According to the Liberty Wing, Valkyries are female figures in the Norse mythology who choose those that will live, or die, in battle. RAF Lakenheath is in the East of England, an area with extensive Viking and Norse history. Additionally, the 495th Fighter Squadron motto: “Mala Ipsa Nova” in Latin, means “Bad News Itself”. Both factors emphasize “Valkyries” as an extremely suitable nickname for the UK based unit. 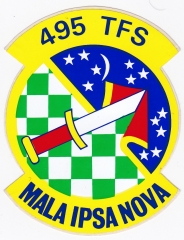 In April 1977, the 495th was reactivated as the 495th Tactical Fighter Squadron, becoming the fourth tactical fighter squadron with the 48th Tactical Fighter Wing at RAF Lakenheath. The squadron's mission was as a replacement training unit for General Dynamics F-111F Aardvark pilots and Weapon Systems Officers (WSO) assigned to the other three fighter squadron at Lakenheath. On 1 October 1991, the unit was redesignated as the 495th Fighter Squadron, but was shortly after inactivated on 13 December 1991.