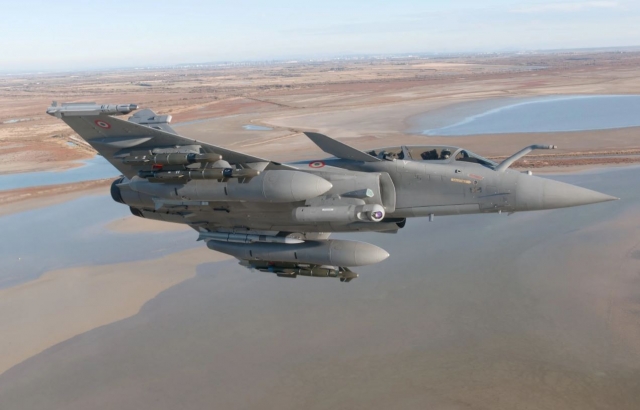 On 29 January 2021, the Chairman and CEO of Dassault Aviation, Eric Trappier, and the Minister of Defence, Florence Parly, signed a contract for the delivery of twelve Dassault Rafales to the Armée de l'Air et de l'Espace (AdlA, French Air and Space Force).

The new Rafales will replace the dozen that are sold to the Hellenic Air Force (EPA, Greek Air Force. See our news item of 25 January 2021 where we mentioned that the order consists of twelve former AdlA aircraft and six brand-new ones, including the associated logistic support.

The used Rafales can be delivered soon and are expected to land in Greece later this year, maybe even before the summer.

In January 2019, the Ministry of Defence (MoD) signed a € 2 billion (USD 2,3 billion) contract with Dassault Aviation to develop the Rafale’s F4 standard, which is expected to be validated by 2024, although some functions will be ready by 2022.

The Minister of Defence, Florence Parly, confirmed with the manufacturer that it could move forward with production of the last 28 aircraft of the 180 it has on its order books. These 28 aircraft will include some F4 functionalities and can be delivered to the air force from 2023. A further thirty Rafales at full F4 standard would be ordered in 2023 for delivery between 2027 and 2030, taking the Rafale fleet to a total of 210 fighters.