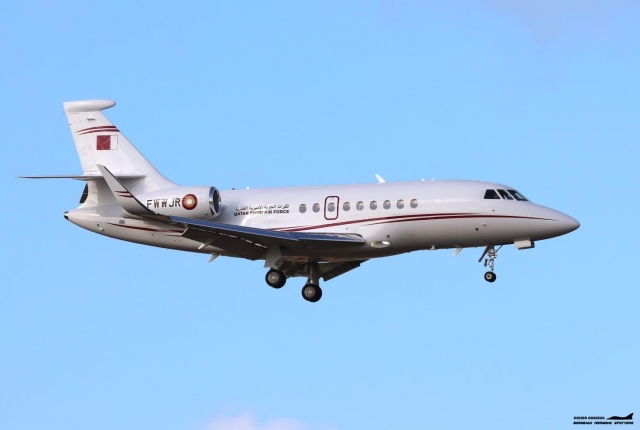 The aircraft, with French test registration F-WWJR (construction number 372) went up for a local test flight with callsign Medoc02.

On 30 October 2021, it returned back from Little Rock (AR) after interior completion. Scramble Magazine is not aware if more Falcons have been ordered by the QEAF.