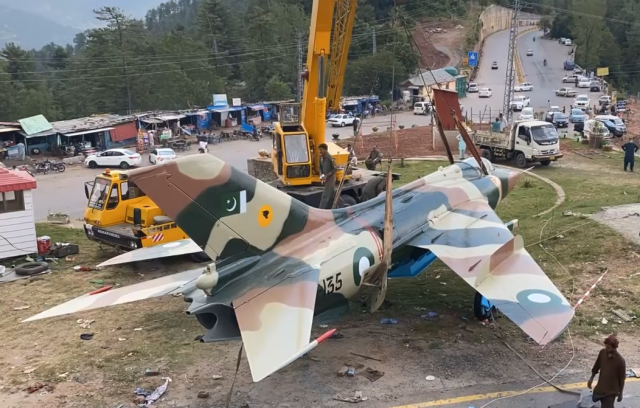 Nanchang A-5 on display

The A-5 was installed on a pedestal on the southern edge of town in front of the McDonalds drive through. The last operator was 16 Squadron Black Panthers and the last sighting according to the Scramble Magazine database was February 1991. Nowadays, the squadron operates the JF-17 Thunder at Minhas air base.

It is nice to see that this aircraft has been preserved. Lower Topa already has a North American F-86F Sabre, serial 52-5031, preserved at the PAF public school on the northern edge of the village.

The news and media website Independent Urdu shows a video of the A-5 being installed.