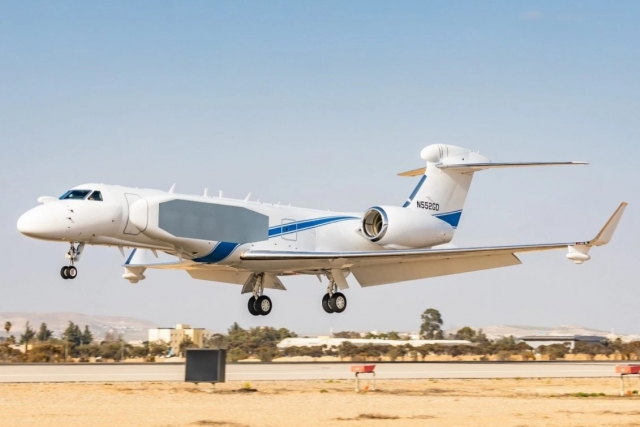 The new aircraft, temporary registered N552GD (construction number 5552), is the most advanced intelligence aircraft of its kind at this moment. It is a joint development of the Administration for Research, Development of Weapons and Technological Infrastructure in the Ministry of Defence, the Air Force, the Intelligence Division, the Navy and the Aerospace Industry. The aircraft was designed following lessons from past operational events.

The Nachshon Oron will perform several electronic warfare roles. It will be equipped with an automatic information extraction layer based on advanced algorithms and artificial intelligence, and will enable the Israeli Defence Force (IDF) arms to preserve and deepen its intelligence superiority. The first role is intelligence gathering using advanced cameras and sensors. The second role is a flying relay station (cusrief) that connects the Air Force and IDF control posts to the forces on the ground. The third role is to mark targets with lasers and other means for attacking forces, like disrupting radars and enemy anti-aircraft batteries. 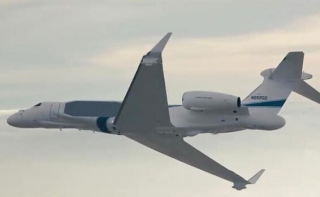 The new intelligence aircraft is based on the Gulfstream G550 executive aircraft platform. It will be equipped with advanced radar made by IAI and advanced intelligence systems. The Nachshon Oron will be operated by the 122 The Nachshon Squadron. Today, the squadron operates Shavit and Eitam aircraft from Nevatim airbase, which are also used for intelligence purposes. The Oron strengthens the IAF superiority and capabilities to operate in the second and third circle, and to move between the arenas at a high pace and over time. The Nachshon Oron combines several capabilities including aerial imaging, control and radar, and maritime intelligence gathering for the Navy. The majority of these capabilities already exist in 122 Squadron and the Maof Rahav unit, however, with the new aircraft, the IAF will manage to condense them all onto a single platform.

The head of research and development at Mapat (the Administration for the Development of Weapons and Technological Infrastructure Research) at the Ministry of Defence, Brigadier General Yaniv Rotem, said that Mapat has been leading the development of Oron systems for over nine years. The new aircraft gives to the IDF Intelligence dimension through sensing systems, a variety of sensors and radar. 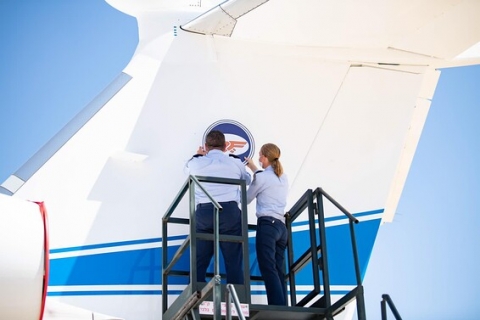 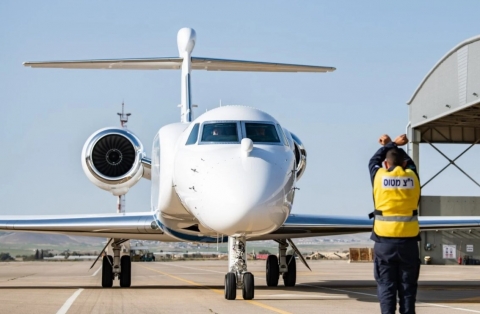 Upon landing in Israel from the United States, where it underwent a series of tests and test flights tailored to Israeli needs, the aircraft entered the Air Force integration and absorption process. This process is expected to take between a year and a half, In addition to Air Force personnel, the Intelligence Division, research and development experts from the Department of Weapons Development at the Ministry of Defense and members of the Israeli company Elta will also participate in the absorption process.