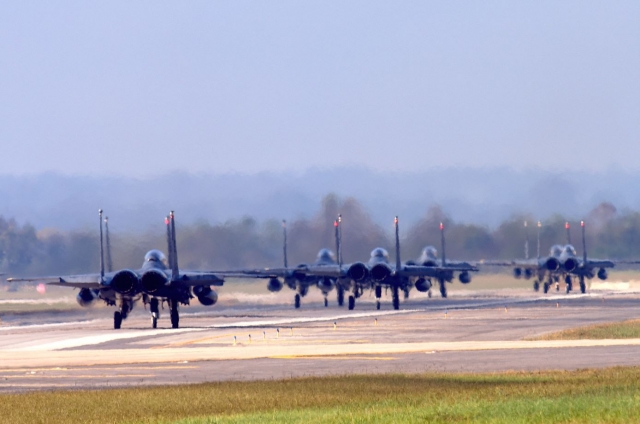 At this moment it is unknown where the deployment is heading or how many Strike Eagles are involved. The regular USAF Strike Eagle deployment to the Middle East is normally at Muwaffaq Salti/ Al Azraq Air Base (Jordan).