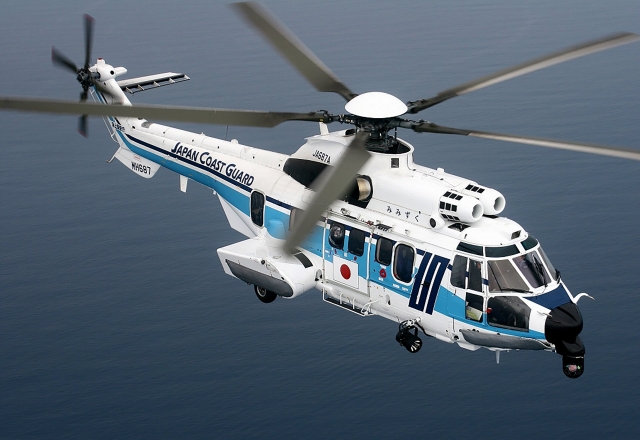 The JCG is the largest Super Puma operator in Japan and the new addition will bring this fleet to seventeen helicopters, comprising of two AS332Bs and fifteen H225s.

In February 2021, the JCG received their tenth H225. The first Super Puma was delivered to the JCG nearly thrity years ago. The latest H225 version is covered by Airbus’ highly adaptive HCare Smart full-by-the-hour material support. This customised fleet availability programme allows the Coast Guard agency to focus on its flight operations whilst Airbus manages its assets.

The JCG is one of the first semi military agencies Japan and was allowed to set up after the war. It was founded in 1948, as the Japan Maritime Safety Agency under the control of the Ministry of Land, Infrastructure, Transport and Tourism. Its English name changed to Japan Coast Guard in 2000. 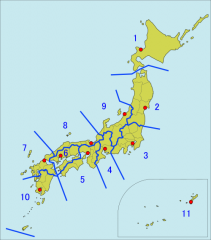 Initially only ships were obtained, MSA minesweepers were sent to Korea under UN flag in 1950. Presently about 12,000 personnel work for the Japan Coast Guard, which is headquartered in Tokyo.

The JCG is divided into eleven regions. Each region has its own Regional Coast Guard HQ and various CG Offices, CG Stations and CG Air Stations. Besides around 450 vessels, some of the larger ones are capable of helicopter operations, the JCG operates some seventy aircraft, both fixed wing and helicopters.

All are civil registered but also carry a unique code. Unfortunately, the code is no clue to the Region a specific aircraft is assigned to.

According to the Scramble Air Order of Battle for the Japan Coast Guard, the Super Pumas are based at the following locations: 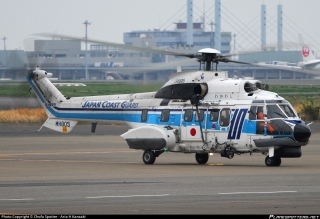