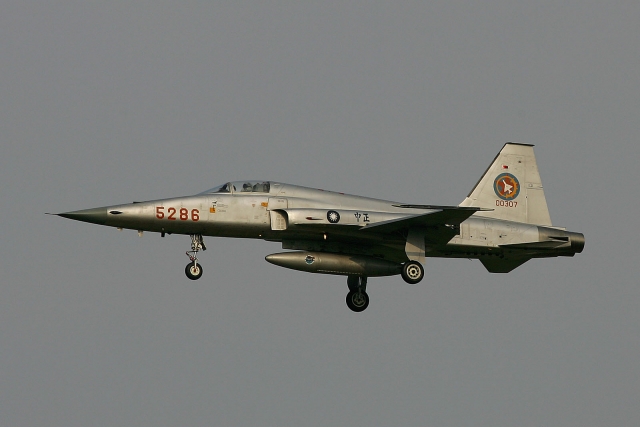 The F-5Es, operated by the 7th Flight Training Wing, were part of a four-ship that took off from Taitung/Jhihhang - Chihhang air base at 14:30 hrs LT.

At around 15:06 hrs LT, the two Tigers, serials 5286 and 5287, disappeared form the radar screen and crashed into the sea southeast of the air base.

It is reported that both pilots managed to eject. A RoCAF Black Hawk and Coast Guard and other rescue ships are scrambled to search the area for the missing pilots. One of the pilots has been found and unfortunately did not survive.

This is the second crash within five months involving an F-5E Tiger II. On 29 October 2020, the same unit also lost an F-5E Tiger II during a training mission in which the pilot was killed.