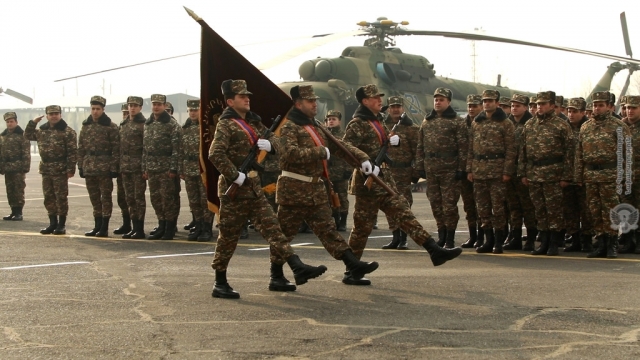 On 25 January 2022, a ceremonial event was held at Erebuni airport (Yerevan) related to the acceptance of new multipurpose helicopters for Armenian Air Defence Force. The event was attended by the Chief of the General Staff of the Armenian Armed Forces, Lieutenant General Artak Davtyan.

Based on the known data, Armenia received four new Mi-8MTV-5 helicopters manufactured by KVZ (Kazan Helicopter Plant) that were ordered by the Armenian Ministry of Defence (MoD) with JSC Russian Helicopters in 2000. Most probably, the helicopters will be operated by the 15 Smeshanniy Aviatsionniy Polk (15 SAP, 15 Mixed Aviation Regiment).

The new helicopters will be performing transport, combat and sanitary tasks and were delivered in a multipurpose configuration, featuring a solid nose, clamshell doors, hoist system, auxilliary stub wings with four hardpoints for unguided weapons and a partially digital cockpit suite (obviously similar to what Belarussian Mi-8MTV-5s employ), albeit without the L370E8 Vitebsk Directional IR Countermeasure (DIRCM) system, designed to protect low flying aircraft and helicopters from MANPADS threats. 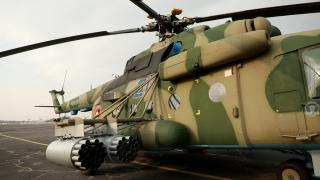 As standard practise in the Armenian Air Defence Force, the helicopters carry blue side numbers. So far Scramble Magazine was only able to identify one of them, Blue 21. The Mi-8MTV-5s will supplement the country’s helicopter force currently consisting of eleven Mi-8MTV-1s inherited from Soviet times.

If you have additional information on the serials of the helicopters, please let us know at This email address is being protected from spambots. You need JavaScript enabled to view it.