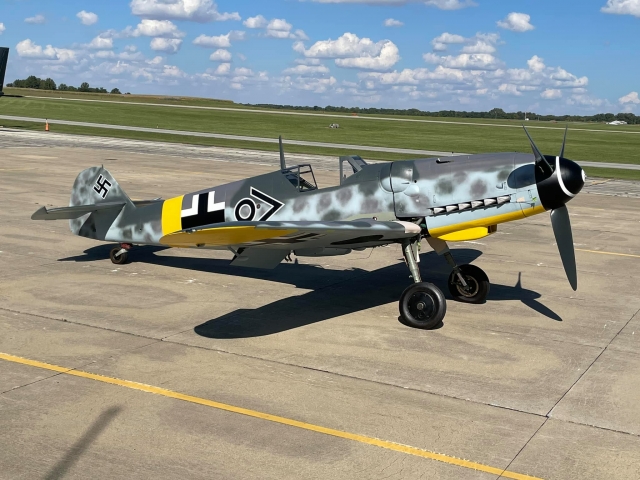 Midwest Aero Restorations of Danville (IL) proudly spread a photo of their latest project, Messerschmitt Bf109G-6 WkNr.410077. It is now completely restored, and ready for the first engine testruns. The fighter, registered as N42109 is an original Erla-built machine, which was recovered from "Lake Swiblo" (Sviblo Ozera in Russian) in 1990.

According to research, it originally served with Stab IV/JG54 on the Eastern Front (hence the yellow lower cowl, fuselage band and lower wingtips). It was marked with a chevron and circle, indicating that the aircraft was assigned to the technical officer of the Gruppe staff flight. It was involved in a forced landing on the frozen lake in February 1944, after having been severely damaged by Russian flak.

The owner of the Bf109, dr.Bruce Winters, has entrusted the restoration of his fighter to Midwest Aero Restorations, which has a fine reputation in the field of warbird restoration!