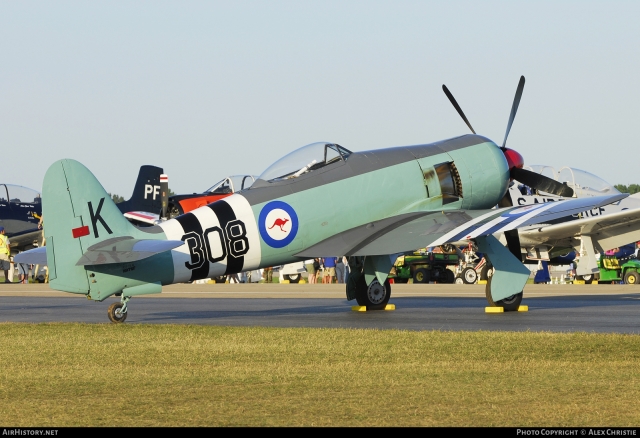 Meier Motors did it again

The latest restoration by Meier Motors of Bremgarten (Germany), Hawker Sea Fury FB11 D-CRZY, made its first flight on 21 September 2020. We reported earlier on its arrival with Meier Motors *).

On 20 October 2020, Landi collected his new machine in Bremgarten and flew it to Ravenna (Italy), where D-CRZY will be temporarily based. The ultimate destination of the aircraft will be Flyozzano airfield in Ozzano Dell'Emilia (near Bologna), once the facilities are adapted to the newcomer.

The Sea Fury was allegedly built as WJ298, and then exported to Iraq in 1952, where it flew as 303. The aircraft was salvaged from that country by Ed Jurist in 1979 and registered N26SF. He then sold the machine to the famous Guido Zuccoli. As VH-HFG the fighter flew for the Zuccoli family from 1983 to 2006, painted in Royal Australian Navy colours as 308/K. It was sold to Walter C. Bowe in Sonoma (CA) as N97SF in 2007.

Nowadays there are reasons to believe that D-CRZY is only partly WJ298. It is said to have been exported to Iraq in 1952, but...; Quoting the famous Geoff Goodall, the original WJ298 was still operational with Royal Navy No.776 FRU based at Hurn (UK) in September 1958! Iraqi AF 303 was originally quoted as construction number 37522, but paperwork also indicates it is 37727, which makes it the aircraft later flying as N48SF.

It seems likely that D-CRZY is a composite airframe, with its centre section coming from WJ298 and the tail section of former Iraqi 308. 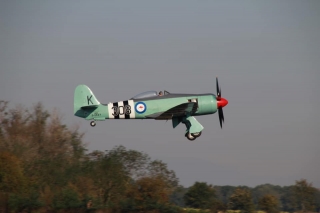 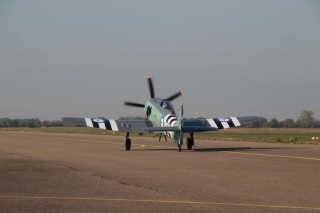