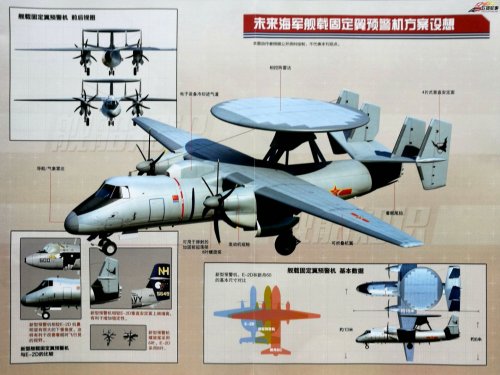 Multiple rumours are circulating that the Xi'an Aircraft Industrial Corporation (XAC) KJ-600 AWACS has made its maiden flight from Xi’an-Yanliang on 29 August 2020.

This force multiplier aircraft is a further development from the JYZ-01 Technology Demonstrator and a mock-up of this AWACS was used for some years on the aircraft carrier mock-up facility in southern Wuhan for fitment checks.

Based on the Y-7, which is based on the An-26, the main change is the big radar disc on top of the fuselage. Also, and again similar to the E-2 Hawkeye, the aircraft features four vertical tails. The aircraft is powered by powerful engines (5,100 Hp WJ-6C?) that rotate six bladed propellers.

For takeoff from a carrier the aircraft will be assisted by a catapult, which will be introduced on the new (third) aircraft carrier (CATOBAR operations, Catapult Assisted Take-Off Barrier Arrested Recovery). Xi'an Aircraft Industrial Corporation also produces the H-6 bomber and the Y-20 transport aircraft in addition to the MA60/600-series and the, soon to be flying, MA700 passenger aircraft. The factory is located at the same air base that is used by the Chinese (by CFTE) for all initial flight testing of new aircraft. 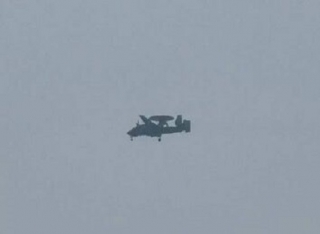 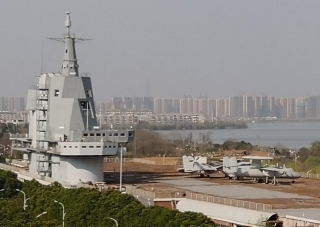