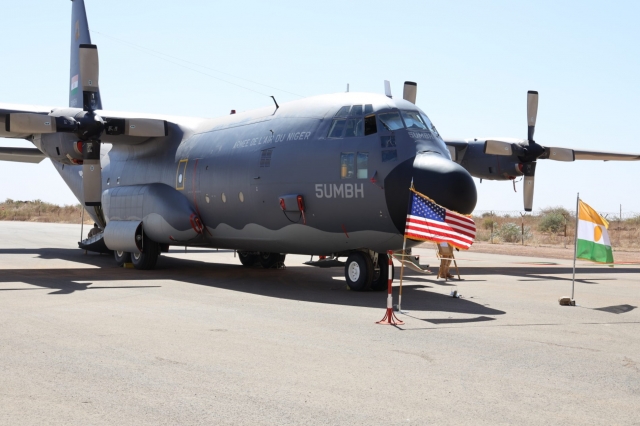 On Monday 4 January 2021, the United States Secretary of the Air Force, Mrs. Barbara Barrett arrived in Niger where she joined Ambassador Whitaker in meetings with American and Nigerien security officials, and attended the official hand-over ceremony of C-130H Hercules, serial 5U-MBH (construction number 382-4831), at Base Aérienne 101 (BA101) Niamey/Diori Hamani.

Since 2015, the United States has invested more than USD 30 million in the development of Armée de l'Air du Niger (Niger Air Force) Hercules programme including a training component, purchase of spare parts, infrastructure, fuel and support equipment. The US has trained 16 Nigerien pilots, 19 maintenance personnel, five baggage handlers and a flight engineer.

In addition, more than USD 17 million was injected in the acquisition of critical infrastructure including the renovation of a hangar for the Hercules at Base Aérienne 201 (BA201) Agadez. The Hercules hangar at Niamey was also renovated. There are plans to build another hangar at Niamey to store spare equipment. 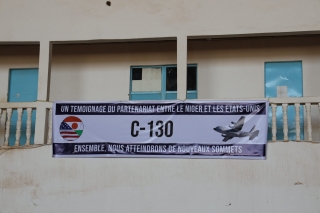 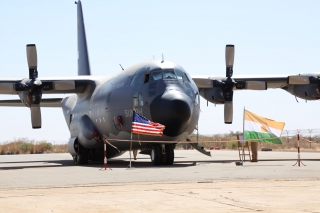