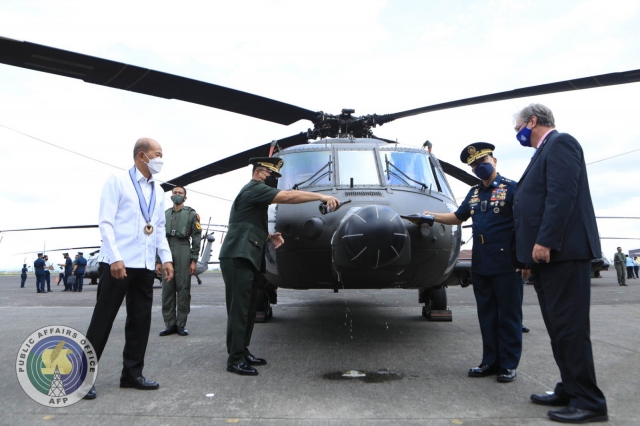 On 3 December 2021, the Hukbong Himpapawid ng Pilipinas (PAF, Philippine Air Force) completed the formal acceptance of the third and last batch of its Sikorsky S-70i Black Hawk helicopters at Clark Air Base.

This batch already arrived in the Philippines by an Antonov Design Bureau An-124 on 8 November 2021.

In 2019, the PAF ordered sixteen Black Hawks in a government-to-government deal with Poland.

On 4 February 2021, just two months after the first delivery, President Duterte had given the green light to start the acquisition for another fifteen Black Hawks for the air force. The definite order is believed to be signed in 2022, although the exact number might differ due to budget restraints.

Unfortunately, the PAF already lost one of their new helicopters on 23 June 2021.

Photo by Armed Forces of the Philippines (AFP)