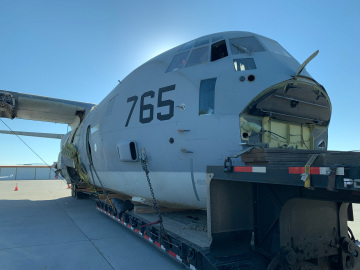 The wings and tail section of the KC-130J that made a crash-landing on 29 September 2020 near Thermal, Salton City (CA), were taken from the fuselage on crash-location.

As known, the Hercules tanker with Bureau Number 166765 collided with a F-35B over southern California. The crew was able to land the aircraft in a field, saving the lives of all occupants. But the Super Hercules was badly damaged.

Scramble Magazine reported earlier on this accident and included an update.

On 8 October 2020, the engines were removed, the next day the wings. Then the fuselage was prepared for transportation to Jacqueline Cochran Airport, near Palm Springs (CA). 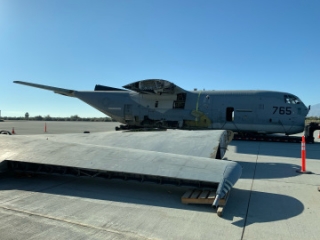 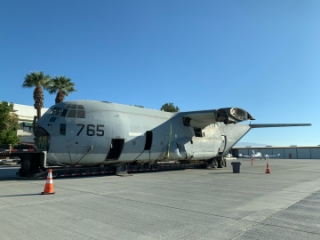