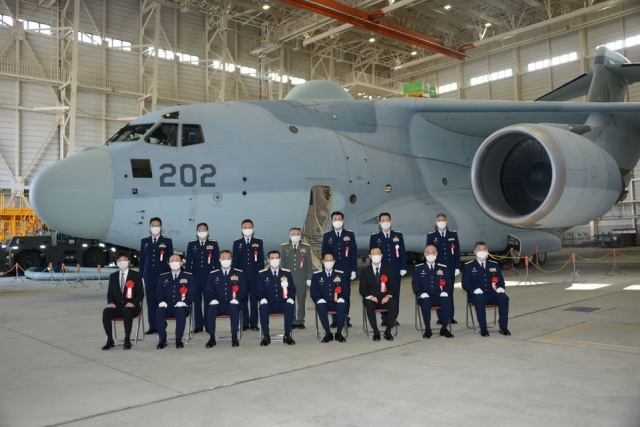 A few days earlier the Japanese Ministry of Defence (MoD) officially approved the use of the RC-2 indicator, something the aviation community already had done after the modified C-2 first emerged at Gifu in February 2018. Soon after initial testflights from Gifu had been succesful, the aircraft was flown to Iruma where it was operated by ATLA (Acquisition, Technology and Logistics Agency) and the Gifu test-unit (Hiko Kaihatsu Jikkendan).

According to sources in Japan, the RC-2 will replace the YS-11EBs in use with Denshi Hiko Sokuteitai (Electronic Intelligence Squadron) so presumably the Kawasaki EC-1 will soldier on for a few more years. However more and more transport C-1s are withdrawn, so the JASDF ultimately has to make a decision how to replace the EC-1 and the YS-11EAs in use with Denshisen Shientai (Electronic Warfare Support Squadron).

For the moment no new aircraft for the ELINT or EW task are requested in Japan’s Defence Budget, however money has been made available for research into new platforms. Beside a picture of the present RC-2 as a possibility, also the Kawasaki P-1 was pictured as a future platform for modifications. 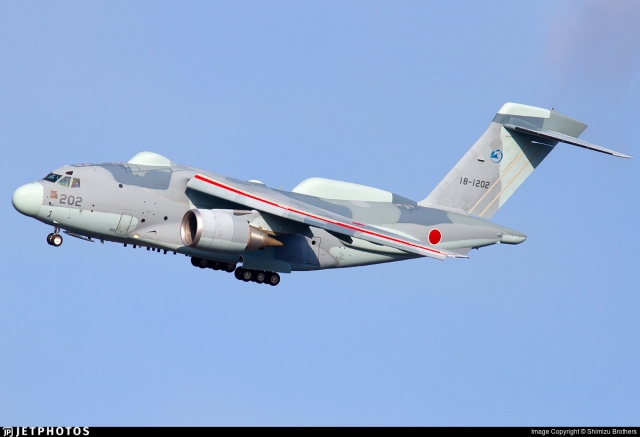