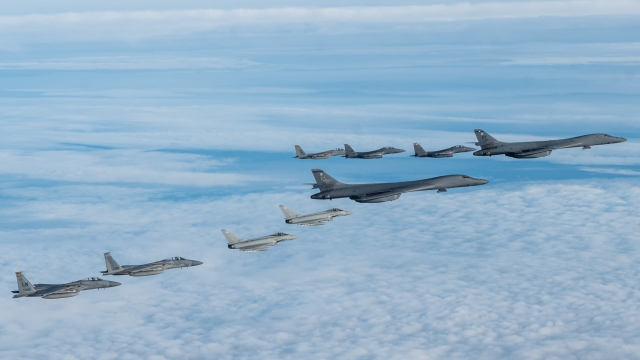 On 10 November 2021, the USAF and RAF gathered above the North Sea to carry out a Large Force Exercise (LFE).

Strikingly, while this was a thoroughly orchestred photoshoot, a sign of changing times was noted. F-15C Eagle 84-0015 was without any markings. As of next year the 493rd Fighter Squadron will lose its legacy Eagles in favour of the Lockheed Martin F-35A Lightning II.

It is expected that more LN Eagles will be transfered to units in the US or the Boneyard in Arizona during the next few months (hence the unmarked F-15C). After more than 45 years of F-15A/B/C/D Eagle operations in Europe the latest legacy Eagles will have vacated Lakenheath by the end of February 2022. On 4 and 5 February 2022, legacy F-15 farewell festivities will be held at Lakenheath.