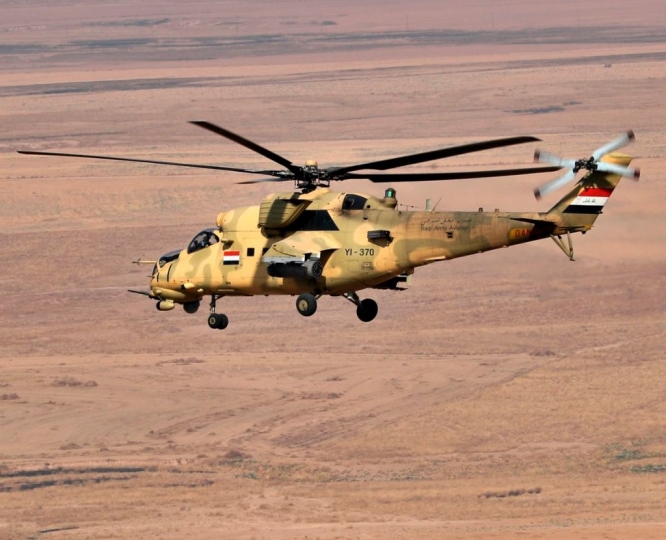 The Mi-35 attack helicopters of Iraq are based at Taji air base, just north of Baghdad and assigned to the Combat Helicopter Wing (CHW). The helicopters are often forward deployed to support Iraqi ground troops in their fight against terrorism.

This YI-370 is one of 28 Mi-35Ms the Iraqi Army Aviation once owned. At least six were written off or withdrawn from use after combat use. Some were shot down in the fierce battle, others were badly damaged, were able to return to base but were eventually cannibalized.  Scramble is assessing that some 50-60% of the original delivered number is still operational.