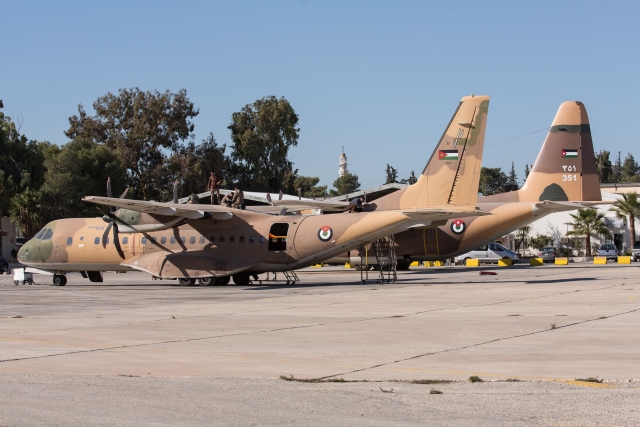 In 2019, the United Nations (UN) called on the world to impose strict sanctions as a result of the Rohingya crisis, and many countries complied. Since the 1990s, The European Union (EU) has maintained an arms embargo on Myanmar in various forms and covers arms, munitions, and military equipment.

Despite the 2012 relaxation of export bans, the arms embargo was maintained. As a result of these arms-embargoes, Myanmar can only make arms-deals with countries that do not comply. Jordan dos not have an arms embargo with Myanmar and therefore it is able to exchange the two aircraft for much-needed cash (USD 38,6 million).

The Royal Jordanian Air Force (RJAF) operated two C295s with 3rd squadron out of Amman-Marka. The aircraft were delivered in September 2003 and March 2004, and are offered for sale since July 2018. It is unclear how the logistical support will be organised, since Airbus Defence and Space has to adhere to the EU imposed sanctions, but possibly Indonesian Aerospace (PT. Dirgantara Indonesia), formerly known as Industri Pesawat Terbang Nusantara (IPTN; Nusantara Aircraft Industry) will play a role in this.

The two C295s involved in the transfer are: